Today’s pop music certainly makes it seem like a tenor’s world out there. But if you’re more of a baritone, don’t worry. Here, you’ll learn about the baritone singing range, the best baritone pop songs to add to your repertoire, and more.

You’ve probably noticed that every single guy on Top 40 radio is a tenor. Sam Smith, Jason Derulo, Bruno Mars, Justin Timberlake, David Guetta, Adam Levine, Usher, Justin Bieber, and Nick Jonas are all tenors. Every member of One Direction is a tenor.

How did this happen? Where are the bass and baritone pop songs? And what are you to do if you love to sing pop music, but have a bass or baritone singing range?

But First, What is a Tenor?

Range-wise, tenors feel comfortable belting very high. The coveted tenor high C, or C5 (the fifth C from the bottom of the piano), is the crown jewel of arias like “Nessun Dorma” from Puccini’s Turandot. (If you haven’t heard this before, go get a box of tissues, and watch the video below.) For a baritone, an A4 is very high, and most baritones have to switch to falsetto around an F or G. Basses can belt up to an E4, but most have to switch over at a C4 or D4.

On the other end of the scale, basses and baritones have the advantage. Tenors can’t usually sing below a B2. Baritones can often sing down to an F2, while basses sometimes enjoy the coveted low D2 or even C2. For an idea of what this sounds like, listen to the video below for a great reel of baritones and basses singing various low notes. (Skip to the end for the really crazy low notes.)

Despite the beautiful spectrum of the male vocal range, the last great popular baritone singers were arguably Frank Sinatra, Elvis Presley, and Johnny Cash. The Beatles were tenors, and after them, tenors ruled. From Elton John to Michael Jackson, Freddy Mercury, Prince, the Backstreet Boys and *NSYNC, tenors have dominated pop music for more than 60 years.

So, where does this leave baritones and basses? If you have a bass or baritone singing range and enjoy pop music, you are probably familiar with the horrible sensation of straining to reach impossibly high notes. This is because the music on the radio nowadays is just not written for your voice.

Does this mean that you can’t learn how to sing pop? Absolutely not! Here are my five survival tips for basses and baritones who want to sing pop.

1. Sing Pop Songs in Your Key

Mercifully, songs can be moved to whatever key the singer chooses. Have a voice teacher help you measure your range and choose comfortable keys for your pieces. Many websites that sell sheet music let you easily change the key of a piece before purchase, so you can even get sheet music in the appropriate range.

Going to a karaoke night? Some karaoke machines let you change the keys of background tracks, so remember your ideal keys for a few pieces and make the appropriate adjustments. You will be surprised how much better you sound when you are not trying to sing music that is way too high for your voice.

2. Change Ornaments to Fit Your Voice

A big part of being a singer is coming up with your own ornaments in different pieces. Copying the original artist note-for-note and riff-for-riff is not exactly creative, and for you, it is probably uncomfortable (or even impossible), as well. Change things around to fit your style and your instrument. Instead of going for the high note at the end, for instance, what if you went down an octave?

Although they are few and far between, there has been a handful of baritone popular music singers since the 1960s. Eric Clapton, Iggy Pop, Billy Idol, Bob Marley, Eddie Vedder (Pearl Jam), and Kurt Cobain (Nirvana) are a few outliers. You will likely be able to sing these singers’ songs in the original keys! Hallelujah!

Here are some specific songs to add to your singing repertoire:

Popular music draws inspiration from a plethora of genres, including blues, metal, country, musical theater, and even opera. As it turns out, tenor dictatorship does not spread to these other genres. Baritone singers like B.B. King, Tim McGraw, and Chris Young all have large baritone discographies. Musical theater roles like Javert (“Les Misérables”), Tom Collins (“Rent”), and Sweeney Todd (“Sweeney Todd”) showcase low voices, as do a huge array of art songs and operatic roles.

5. Write Your Own Music

If you get frustrated by the lack of pop music for low voice, try writing your own bass or baritone pop music! Work with your voice teacher to get an idea of where your voice sits best, and write in a way that flatters your vocal abilities. I, for one, think it is high time we had a baritone or bass pop singer, so if you make it to the big time, I would be thrilled!

Readers, what baritone pop songs do you have in your repertoire? Leave a comment below and let us know! Want even more song recommendations? Click here for even more songs to sing! 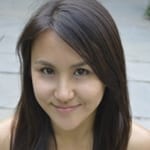 Post Author: Elaina R.
Elaina R. teaches opera voice and singing in Ann Arbor, MI, as well as through online lessons. She is currently working on a Master of Music at the University of Michigan, and she has a B.M. from the University of Southern California. Learn more about Elaina here!

42 thoughts on “It’s a Tenor’s World: How to Survive as a Baritone Singing Pop”