The battle between the banjo vs guitar is a tough one, especially when you’re new to music and trying to decide which instrument is right for you. In order to make the right choice, consider the following factors, and check out the poll below to see what other readers think is the best instrument to play! 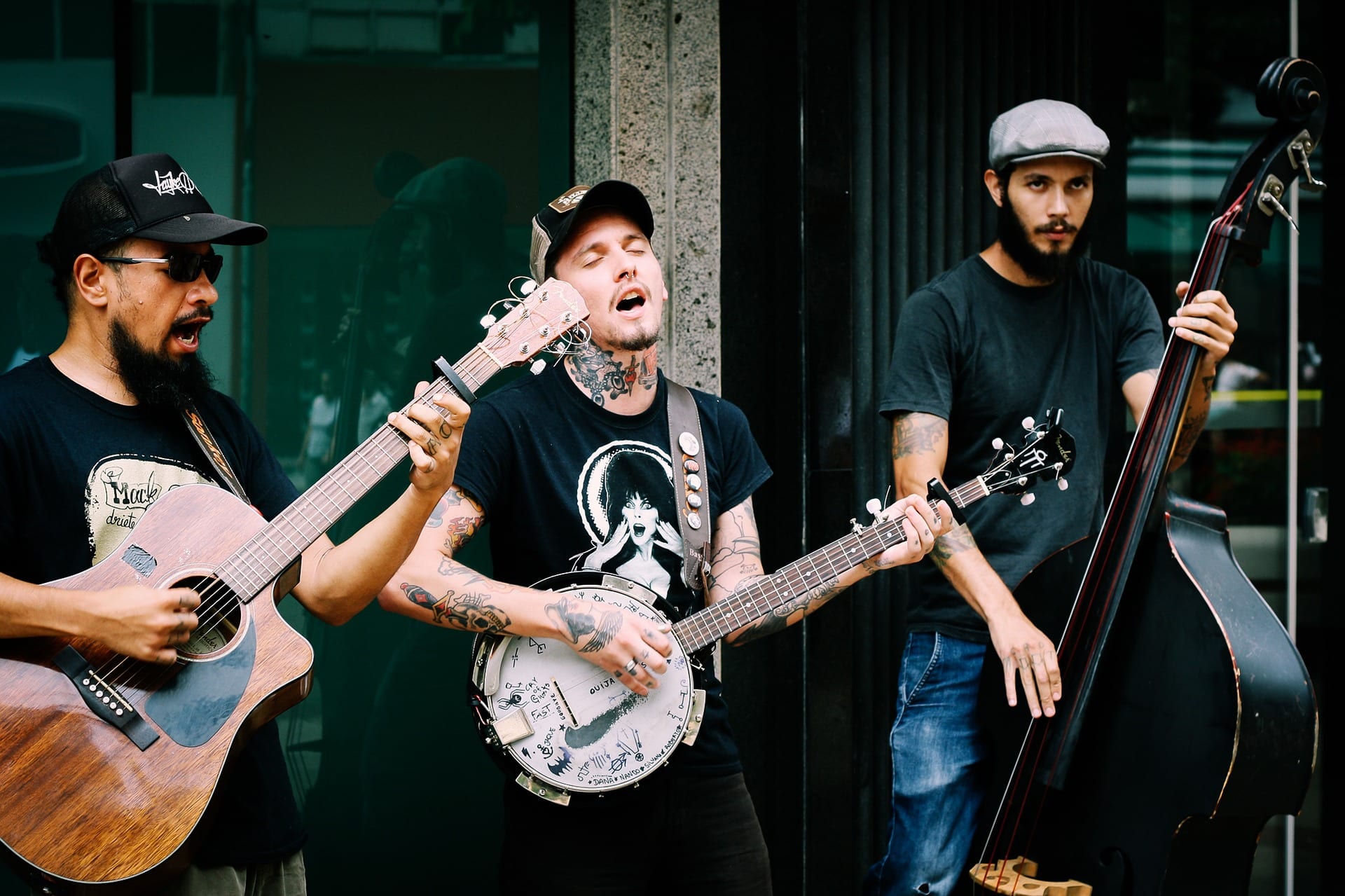 It’s important to think about what style of music you want to learn. Keep in mind that all music instruction starts off with similar, basic concepts. So either instrument will suit the purposes of teaching you the skills you need to get started as a musician.

It’s not until you progress a bit that you start to understand the intricacies of a particular musical style. And it is a common misconception that the banjo is an instrument solely used for bluegrass. Both the banjo and guitar have been used in a wide variety of genres, including blues, jazz, folk, country, and even pop.

Both instruments lend an interesting sound to any genre of music. Even a few classical composers saw fit to use the banjo when it was introduced to them in the late 1800s. So, round one in the battle between the banjo vs guitar, does not go to either instrument. They both are very versatile and can facilitate many different styles of playing.

Difficulty of the Guitar vs Banjo 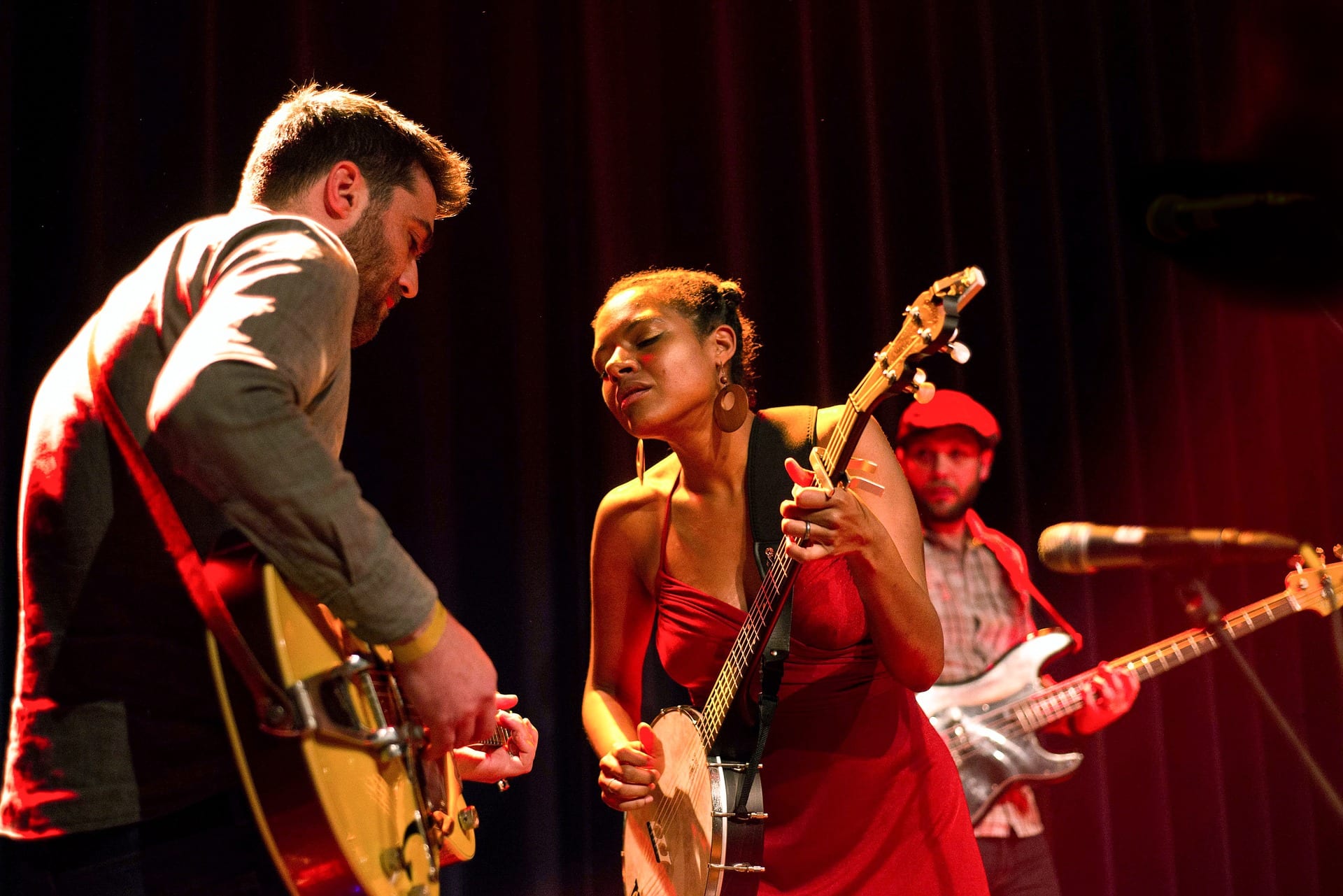 Depending on your size, the banjo might be easier to play because the neck is smaller and there are less strings. Some banjos tend to be a bit heavy for certain people though, especially children.

What about the ease of pressing down on the strings? Well, this can be easily adjusted depending on the gauge of strings you use on either instrument. Thinner strings will be easier on the fingers, no matter what instrument you choose.

The tuning you decide to learn will affect your ease of playing. The banjo is tuned to an open tuning, called “Open G tuning.” The guitar is typically tuned to “Standard” which are the notes E, A, D, G, B, E, and this does not create an open chord like the banjo tuning does.

This means that whenever you pick up a banjo and strum across the strings, it immediately makes a pleasant sound because the strings are already tuned to one of the chords you will learn to play.

So in this round of the banjo vs guitar debate, it appears that the banjo has a leg up on the competition. However, it is important to understand that certain guitar styles, such as the dobro that we often see in bluegrass music, will also be tuned to an Open G tuning, thereby taking away any advantage that the banjo has over the guitar. 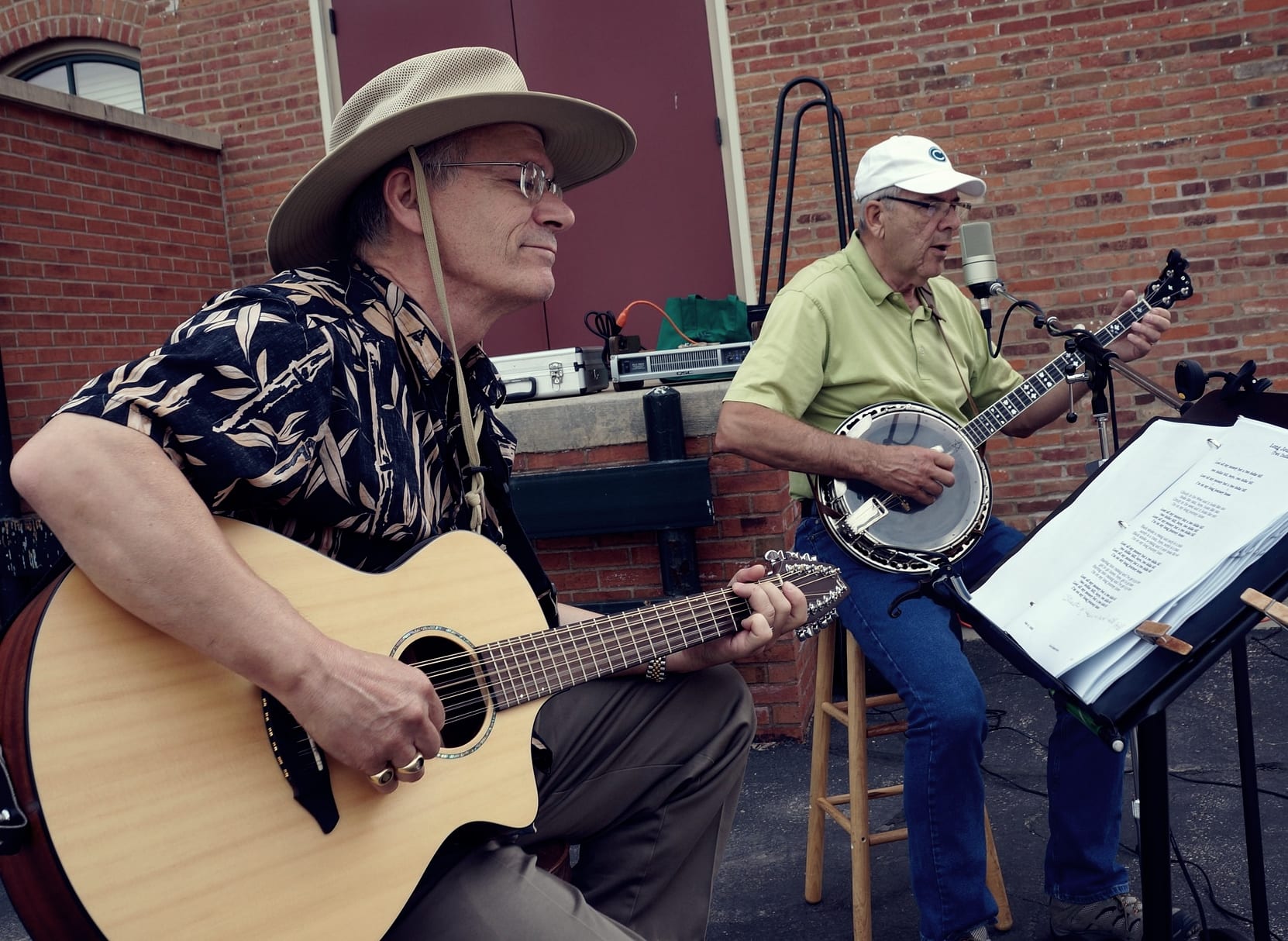 When you’re learning to play in open tunings on the banjo, you will learn simple two and three finger chords that make up the basic chords you need to play bluegrass music. For example, the first few chords you’ll learn in Open G tuning on the banjo will likely be G, C, and D.

People often ask if learning chords is more difficult on the guitar because there are more strings. This is certainly the case when you’re playing in standard tuning. However, the chord shapes on both the banjo and the guitar all fall into five basic categories.

Once you have learned the five basic chords (C, A, G, E, and D) you have the ability to play any of the chords that you will need to learn for either instrument.

Ultimately, the final decision comes down to which instrument makes you the happiest. Which do you enjoy playing the most? Whatever you decide, you will find that the same skills you learn on the guitar allow you to easily take up the banjo later on, or vice versa.

The best way to end the debate between the guitar vs banjo is to actually try a few private lessons. At TakeLessons, there are a variety of experienced teachers who play both the guitar and banjo, if you need some professional guidance making your final decision.

Post Author: Willy M.
Willy M. teaches banjo and guitar lessons in Winston Salem, NC. Willy has been teaching for over 20 years, and his students have ranged in age from young children to folks in their 80s. Learn more about Willy here!