You’ve learned verb conjugations, memorized some basic vocabulary words, and have begun sneaking Spanish practice into your daily life. But before you move on: do you know the difference between ser and estar? There are a few key distinctions that you MUST know to speak well. Here, Fairfax, CA Spanish tutor Jason N. explains…

The Spanish language makes distinctions that do not exist in English. These differences can be especially confusing for native English-speaking when they are learning Spanish, and therefore tend to occupy several chapters in most Spanish textbooks. They also are common class or lecture topics Spanish professors address, especially when transitioning from beginning to intermediate level. While knowing these differences is vital to knowing the language, many Spanish learners get turned off when trying to decipher them.

The purpose of this blog is to make this clearer. The exciting part is that grasping these differences powerfully enriches your command of the language. This will allow you to articulate your experience in unprecedented ways and identify more culture-specific aspects of the Spanish language.

Let’s start with the first three most common distinctions in Spanish that don’t exist in English.

What’s the difference between ser and estar? Why does it matter?

While both these verbs translate in English as ‘to be,’ they refer to different types of being. Ser refers to permanent, stable, non-changing attributes, such as your gender, personality qualities, where you’re from, what you do for a living. Estar, on the other hand, refers to time- and situation-dependent attributes, conditions, and states, such as emotions or behavior. Ser is also used with events.

Interestingly, ser is used with time and estar is used when referring to death, revealing fascinating implications about how most Spanish-speaking cultures regard life and death, stemming for their proclivity toward belief in the after-life and the Spanish language’s Catholic legacy.

Because Spanish makes this distinction between these ways of being, there is no actual difference between the words ‘bored’ and ‘boring’ in Spanish, underscoring how important it is to learn these distinctions to boost your language skills and accurately convey what you mean. Similarly, if someone tends to be quiet across many contrasting situations, I would use ser, and if they are only being quiet now, I would use estar.

Here’s a great visual representation of the difference between ser and estar: 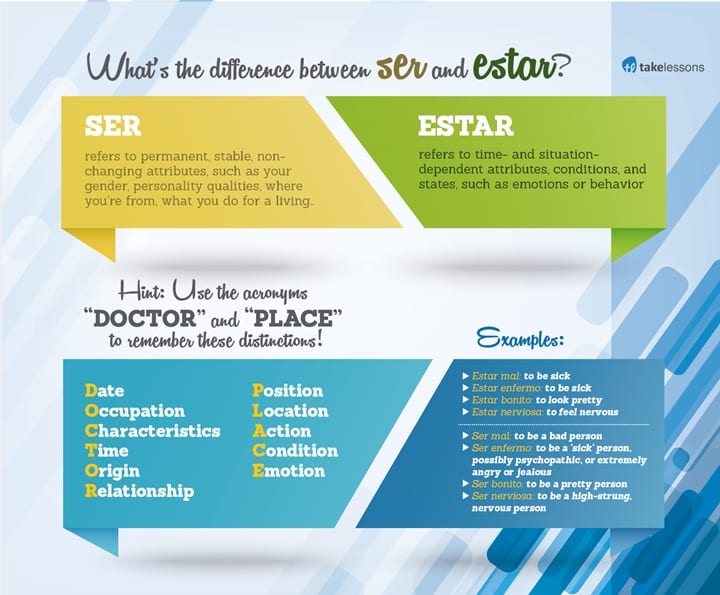 Now, practice which to use in the following contexts (don’t scroll down to the answers until you try the practice!):

Didn’t score too well on the quiz? This video goes more into detail on the difference between ser and estar. Check it out for some additional pointers!

What’s the difference between por and para? Why does it matter?

While they both refer to the word ‘for’ in English, they are quite distinct. The general distinction is that por tends to emphasize movement, exchange, process and motion, while para emphasizes outcomes, deadlines, goals, results and/or destination. Aside from referring to ‘for,’ in many situations, por can also mean ‘by’ or ‘through’ and para often means ‘in order to.’ 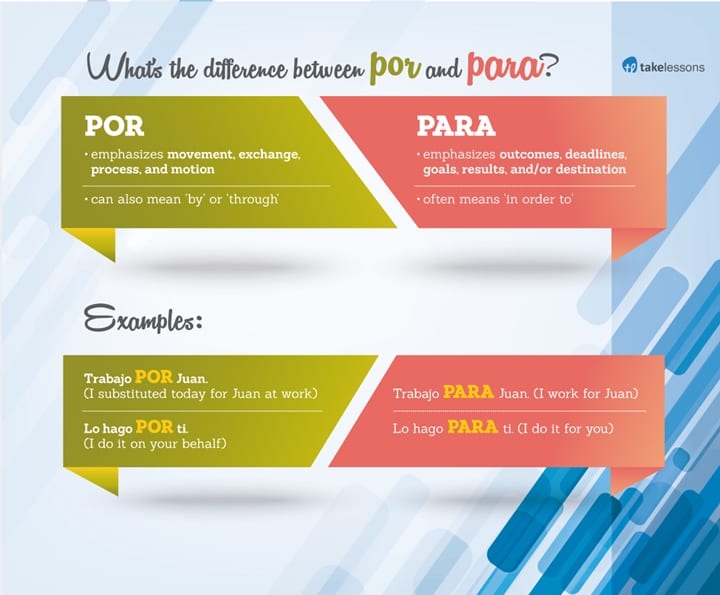 Practice which to use in the following contexts (again, don’t scroll down until you’re ready!):

What’s the difference between saber and conocer? Why does it matter?

Saber and conocer both mean ‘to know’ in English, but again they’re strikingly different types of knowing. Saber is more about book knowledge, memorization, and procedural skills whereas conocer is about familiarity, ‘knowing of’ things, and when you meet someone and/or know them. 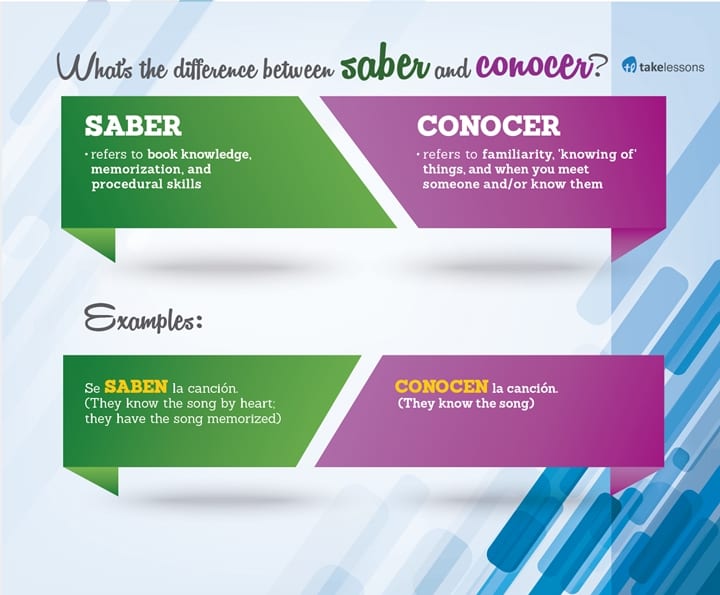 Practice which to use in the following contexts:

Need more help distinguishing between saber and conocer? This quick video lesson helps clear up a lot of the confusion.

Did this article help you grasp word pairs better? A Spanish tutor can help you master these key differences even more. Don’t have a tutor yet? Search for a Spanish tutor near you.

Post Author: Jason N.
Jason N. tutors in English and Spanish in Fairfax, CA. He majored in Spanish at UC Davis, lived in Mexico for 3 years, and studied Spanish Literature at the University of Costa Rica. Learn more about Jason here!