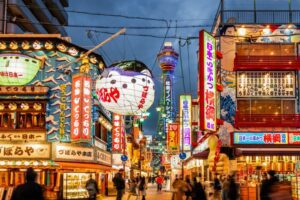 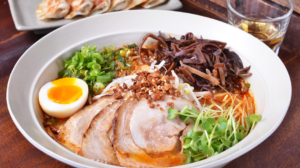 When learning Japanese parts of speech are usually followed by 助詞 (Joshi), or “particles,” that modify the words in a sentence and an essential part to the basic sentence structure..

There are many kinds of particles that modify the different parts of the sentence. Let’s take a brief look at two particles that are essential to making a basic sentence. 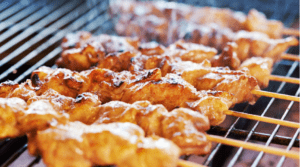 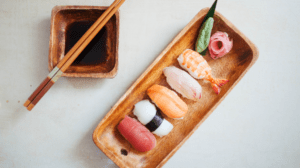 The verb expresses an action (eat, write, move, etc.), an occurrence (happen, change), or a state of being (be, seem, exist). Japanese verbs either end the sentence, or are followed by 丁寧体 (Teinei-tai) such as です (desu) or ます (masu) in the polite form. 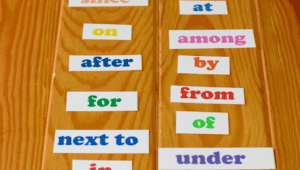 While English uses prepositions (such as “at,” “on,” and “for”) to express a relationship to another word, Japanese uses postpositional particles. These particles come after the modified noun, verb, adjective, or at the end of a sentence.

There are several types of particles, categorized by function. However, we’ll only introduce the most essential particle: 格助詞 (Kaku-Joshi) or “case maker.”

When there are multiple objects, their order is flexible and variable as mentioned in the previous section. 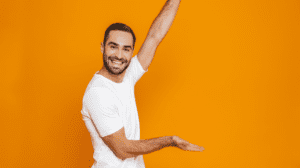 With the basic Japanese word order rules in mind, let’s see how it works with modifiers to make more complex sentences.

A modifier is a word—such as an adjective, pronoun, or adverb—that expresses something about the word that follows it. Adjectives and pronouns modify nouns; adverbs modify verbs.

Here’s the Japanese word order with modifiers by function.

In Japanese word order, adjectives come in front of nouns to describe them.

Adverbs modify verbs, adjectives, or other adverbs. Japanese adverbs come in front of the words they modify. 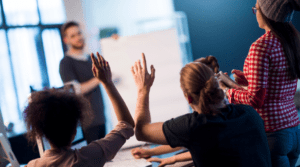 Making an interrogative sentence in Japanese is surprisingly easy! It doesn’t involve changing the word order or adding an auxiliary verb to form a question, like in English (e.g. You swim. >> Do you swim?).

In Japanese, you only have to add か (ka), a question marker, to the end of a sentence and pronounce it with a rising intonation.

In casual and colloquial speech, just change the pronunciation to have a rising intonation at the end of a sentence, without adding か (ka).

In this article, we introduced you to Japanese word order. Now you have the basic understanding in how the Japanese sentence structure works. At first, you might feel confused about the word order, but you’ll find it’s actually a lot easier to make complex sentences once you get used to it!