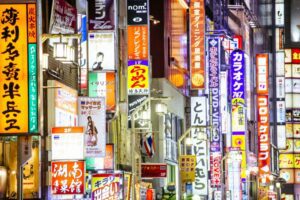 No matter what language we speak, we all have filler words that we use. We hear a lot of filler words being used in conversations or in movies. These kinds of words might not seem useful, but they actually have a lot of benefits and are a pretty important part in a lot of languages. So let’s go ahead and learn how to use them correctly to improve your Japanese. Let’s go!

1. What are filler words?

Japanese filler words are small words or sounds that are often used to fill pauses in conversations, but there are more benefits to using these kinds of words.

Once you master Japanese filler words and start using them in conversations, you’ll begin to sound like a native speaker. You may be already using them without even knowing. You’ll be amazed how much Japanese you can pick up from Video games, Anime, or watching J-Dramas. One thing that we will have to keep in mind is to watch how often we use filler words. Overusing them can make you sound unprofessional. The key is to use them naturally and effectively.

In English, common filler words and sounds include:

Although filler words and sounds add no particular meaning to the speaker’s statement, they do have a function in speech. As mentioned, filler words are most often used to let the other party know that you’re thinking about what to say next and that you’re not finished speaking.

Fillers can also be used for a variety of other purposes, depending on the context. For example, they can be used to…

How are they used in Japanese?

In Japanese, filler words are almost used in the same way as in English.

Most Japanese filler words are considered casual. With that said, some of them, such as あの (ano) or その (sono), can also be used in formal situations. There are filler words that are only used by a younger generation. These kinds of filler words are known as 若者言葉 (wakamono kotoba) or “young people’s words.”

In this article, we’ll introduce the top 8 Japanese filler words, explain when to use them, go over the functions of each and discuss the pros and cons of using filler words. But first, let me show you a couple of filler words in English! 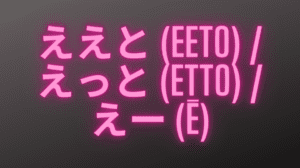 This is definitely one of the most common Japanese filler words.You will here this a lot in Anime and Japanese television. We use these to indicate that you’re pausing to think or there is something that you’re hesitant to say.

While ええと (eeto) and えー (ē) can be used both casually and in formal situations, it is important to know how you are going to use the filler word. For example, in a business situation, we want to avoid them in a presentation. Although with えっと (etto), it should only be used casually. These filler words may be used multiple times in one sentence. 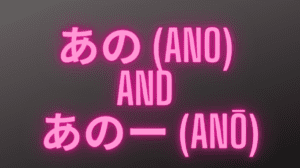 This Japanese filler word can be used in both casual and formal situations. It’s very similar to

ええと(eeto) and えー (ē), but this one can also be used to get someone’s attention like a waitress or an employee at the store. 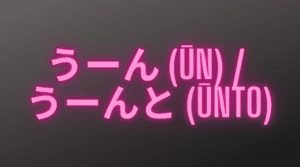 This is the Japanese version of “umm.” This filler word is an example of 擬態語 (Gitaigo), or “onomatopoeia,” used to express what you are thinking. You can use this filler word to let the other person know you’re gathering your thoughts together or that you are hesitant to say something out loud. 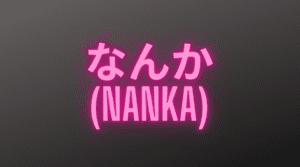 As a casual filler word, なんか (nanka) is similar to the English word “like,” but it has a nuance that’s more like saying “hey” or “wait” after realizing or discovering something that you want to share with the group. 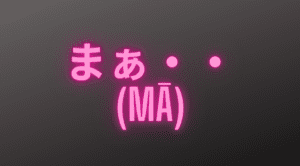 This filler word is used to express hesitance or to mildly approach a delicate topic.

For reference, the sound ま (ma) has different nuances depending on how it’s said.

まぁ何があってもがんばりましょう！- Well, whatever happens lets do our best! 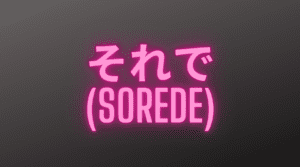 English Equivalents: “so” / “and then”

This Japanese filler is typically used at the beginning of a sentence to start a new topic in the conversation or to ask for additional information. It can also be used to explain something involving a series of events.

The short version of それで (sorede) is just で (de), which is used very casually. 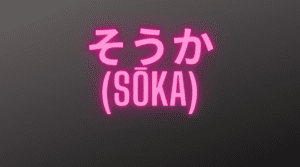 You could use this filler word to indicate that you’ve finally realized or understood something.

There are two other variations you could use:

This filler word is used to affirm something or agree with someone.
Examples:

Pros and Cons of Filler Words

Regardless of the language, we are learning that there are going to be pros and cons to using filler words. Often, people use a variety of filler words in their daily conversations. As these words are short and often found at the beginning of a sentence, you may easily pick them up while watching Animations/Cartoons, Video Games, or TV shows.  But even though they’re simple to pick up, there are some tips to keep in mind regarding how to use Japanese filler words effectively and wisely.

Pro: Using filler words makes you sound like a local.

Every  person learning a language would appreciate the obvious benefit of using filler words.

It can instantly make you sound more native in most everyday conversations.

If you have an advanced level of fluency, learning the differences in nuance and usage of similar Japanese conversation fillers can help you sound like a native speaker. Using them in the right contexts will impress locals and give the impression that you’re truly fluent.

Con: Overusing them can leave a bad impression.

Overusing the filler words can create the impression that you’re indecisive and lack confidence. In addition, there are variations of Japanese filler words for different levels of formality; if you use overly casual ones all the time, people might think you’re childish or even stupid.

Especially, in formal settings—such as when you’re giving a public speech, a business presentation, or an interview—it’s wise to avoid using filler words. This is because they will distract your listener(s) from the point you’re trying to make. It’s often pointed out that poor speakers frequently use えー (ē), あのー (anō), and そのー (sonō) in their speech.

In order to avoid overusing filler words in your important speech and to give the impression that you’re a confident and smart professional, please consider the following tips.

You probably use filler words unconsciously, especially when saying a long sentence or when you have a lot to say. To avoid this, make the important points clear and state them in short sentences. This will keep you from needing to pause often or connect your ideas with filler words. Stating things clearly also makes a confident and crisp impression.

Some people hate awkward silences in conversations. However, when giving a public speech or business presentation, you are the sole speaker. As such, you shouldn’t be afraid of long pauses or moments of silence.

While many people feel that they must continue speaking and rush to find their next words, a short pause is actually an effective way to draw the audience’s attention. In addition, it gives the listeners more time to follow along with and understand the content of the speech.

For these reasons, it’s better to pause every once in a while rather than fill that pause with unnecessary words.

To practice how to use these fillers, I would recommend practicing them using TakeLessons Live Japanese courses. Have a Japanese teacher correct you in the Japanese language conversation classes.