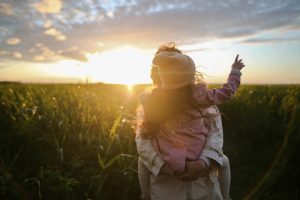 What does it mean that American Sign Language is not universal?

American Sign Language (ASL) is the Sign Language used in the US and parts of Canada. It actually originated from a mixture of French Sign Language and home signs of the 1st students of the 1st American School for the Deaf. The first deaf teacher in that school in the USA, a man named Laurent Clerc, was from France and brought a lot of that country’s influence with him.

Now when you see American Sign Language, it’s apparent that it’s much different than the sign language you might see in France. ASL, just like spoken languages, continues to evolve. In spoken English you don’t hear the same slang as was used in the 1900s, the language has changed with the times, so too with ASL!

Within ASL there are also variations on the language. PSE (Pidgin Signed English) and SEE (Signed Exact English) are also ways of signing. They are, however, based on English. They are not their own languages, but they are still used all over the US.

Not at all! Despite both countries speaking English, their Sign Languages are very different. They are types of sign language that developed in very different circumstances.  For example, all fingerspelling in ASL is done with one hand, but BSL uses two hands for fingerspelling. This is just one example. Signs in both languages are completely different from each other. Although a lot of signed languages have some overlap, just like spoken languages, someone who only knows ASL would not be able to communicate with someone who only knows BSL.

What are the Differences Between Different Types of Sign Languages?

Well, they are actually completely different languages, as different as spoken languages are from one another. If you are hearing, and know only English, you wouldn’t be able to suddenly travel to Spain or Japan and speak to anyone in their language. The same is true of the types of sign language across the globe. Each is a unique language that has a unique culture and history attached.

Sometimes, signs are similar across languages. The signs in American Sign Language that tell about passing another car in traffic are the same motions as the signs used in the sign language used in India. However, the hand shapes are very different.

Every sign has 5 parameters, handshape, location, movement, palm orientation and non manual signals. Handshape, and movement of the handshape are fairly self explanatory. Location refers to where on the body or in space the hand is located. Palm orientation has to do with the direction your hand is facing. And finally, non manual signals are facial expressions, movement of the body, and anything that isn’t the hand itself. These things can actually change the meaning of a whole sign, and if any of these are different in these between different signed languages the meaning completely changes.