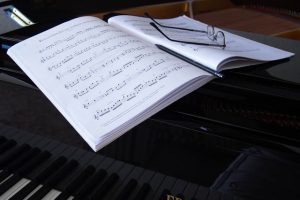 “The most perfect technique is that which is not noticed at all.”

Those are the two opposing and contradictory thoughts about technique among musicians. Is technique something to be practiced, or is it something will be mastered as you work through repertoire? My answer to that is both.

The famous concert pianist Franz Liszt practiced purely technique for hours a day. When he performed though, writers and poets quoted his passion, charisma, and how he could make the piano sound like anything but a piano. That is the essence of technique: to be able to bring the music alive to sound like anything your imagination wishes it to be.

To do this, you must develop certain skills like playing thirds, sixths, octaves, and running passages effortlessly. At the same time, you need to develop imagination and inspiration to know how to use the technique in an artistic way. Technique should not be for show.

“Learn technique; have full command to the extent of not being conscious of how it is done. When craftsmanship has been developed, you are free to create… technique will give way to expression!”

Teachers and pianists do not tote the scales and arpeggios for nothing! Music conservatories have proven that having their undergraduate pianists perform a scale exam in their first year has improved their playing across the board. Scales and arpeggios are the building blocks of all music, whether it’s classical, jazz, or popular. Know your scales and be able to play them well.

When first working through the 24 major and minor scales, it is recommended that you spend as much time as needed per scale rather than doing multiple at once. Here are some recommended tips that are important to achieve in order to make this warm-up exercise useful:

Ø  Know the fingerings: they should become second-nature, to the point that you do not even have to think

Ø  Add musical shaping: you would play a scale musically in Mozart’s sonata, so why not in the warm-up?

Ø  Develop speed, evenness, and clarity: scales should be played at four octaves, but start out with one if you are just beginning. As you increase the speed of your scale, aim for evenness of rhythm and touch (no accents on the thumbs or fifth fingers), as well as clarity in sound by pressing to the bottom of the keys.

2. Hanon: 60 Exercises for the Virtuoso Pianist

Hanon develops evenness and clarity in speed, strength of the weak fingers (3-4-5), stamina, and relaxation techniques. That is, if it is done correctly! Often, students play through their Hanon in a relaxed and bored manner, preventing them from developing what should be developed through the exercises.

Ø  Strong, active fingers, pressing all the way to the bottom of the keys for a firm sound

Ø  Relaxed wrist and arms to prevent tension from building up

Ø  Fast and even speed (once the pattern has been mastered)

The first 30 exercises are the standard exercises and should be completed. The rest are specific exercises for thirds, octaves, chromatic scales, trills, and other forms of technique that can be practiced if you find it needed.

The Hanon book includes scales and arpeggio-fingerings in exercises Nos. 39 and 41, respectively.

Carl Czerny was a student of the famous composer-pianist Ludwig van Beethoven and later teacher of the concert pianist Franz Liszt. He is known for his multiple books on etudes (Op. 299, Op. 599, Op. 740, and Op. 849 being the well-known ones), which Rachmaninoff is said to have used for practicing and performing.

For beginners, I recommend starting with Czerny-Germer, a collection of short and easier etudes that span four measures to an entire page. The Op. 299 collection (School of Velocity) is for intermediate-leveel students, while Op. 740 (Art of Dexterity) is for advanced students.

Just as with Hanon and the scales, aim to play these etudes well with evenness, clarity, speed, and musicality. They can also be used as sightreading exercises for more advanced readers.

The ultimate combination of music and technique, the 24 etudes by Chopin (27 if you count the supplemental etudes) were known as the first concert etudes because they were compositions that combined artistry within the development of a specific technique. Each etude focuses on a specific skill, such as arpeggios, chromatic motion in weak fingers, octaves, sixths, thirds, or large leaps.

These etudes are for the advanced student and should not be attempted unless you have gone through the etudes by Czerny or other similar-level books (such as Heller or Cramer).

After Chopin composed his concert etudes, many composers followed suit. The concert etudes of Liszt utilize his flashy brilliance in poetic manners, while the etudes of Rachmaninoff are filled with darkness and thick textures. The etudes by Prokofiev include his sarcasm and cold lyricism, while the colorful etudes of Debussy explore layered textures of nuanced soundscapes.