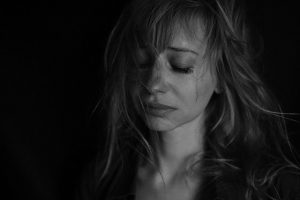 Actors often draw their audience in through strong and seemingly authentic emotions.  Perhaps you watched a particularly emotional scene in a movie or play and wondered to yourself whether or not the emotion the actor was showing was truthful.  Perhaps they were crying and you could see the tears falling.  Are those real tears?  The answer is, probably, yes. Crying on command is tricky business and like everything else, takes preparation and practice. However, there are some tips and tricks that can help you find the heightened emotional place necessary to culminate in tears.

There are two main methods for cueing up tears on command: Memory Recall and immersive acting (or ‘going method’). Personally, I find memory recall to be an easier technique for actors with less formal training.  So, what exactly is Memory Recall?

Everyone has memories that make them sad and emotional. Memory Recall is simply the act of conjuring up those memories and letting them affect you.

‘Human beings often suppress painful memories, so as not to make themselves unnecessarily upset.  Memory Recall conversely encourages actors to find the most painful of memories and try to experience them all over again.

Memory Recall creates very real and raw emotions, which for some actors can be challenging to shake during a performance and actually hinders their work. These actors might prefer to approach fake crying from the point of view of the character they are playing.  They do this by ‘going method’.

Method Acting is an acting technique used by many notable performers. It requires the actor to fully immerse themselves in the life of the character they are playing.  Some actors eat, sleep and breathe like their character when preparing for a role.  This is a very extreme technique, but allows the actor to approach emotions from a more fabricated place.

Instead of using a personal memory to make themselves sad, they would think seriously about why the character is sad and experience that. Method Acting can be exhausting and is not for the faint of heart. It takes a lot of devotion and diligence, which is why it is less popular.

Memory Recall is also easier to learn how to do through techniques and exercises.  Below find five helpful exercises for Memory Recall and learning how to cry on command.

A wonderful exercise to help find an emotional state of being is to re-write the memory you are trying to recall.  The trick here is to write very descriptively and with lots of specific detail.  Write the story as though you are experiencing it in real time.  Take your time and really use your imagination to remember what that moment felt like.  This can be an intense exercise, so make sure you have a quiet space and have prepped yourself emotionally.

This exercise is relatively simple and can be done alone or in a classroom setting.  In a classroom setting, students will pair up and switch off— one observing and one acting.  To begin, find a comfortable space and sit down.  Close your eyes and begin by taking deep and long breaths.  Clear your head and imagine that you are back in your ‘trigger memory.  Again, experiencing it in real time.  Now, once you’re emotionally there, begin to focus on your five senses, going through each one methodically.  Explain to your partner (or yourself) what this moment smells, tastes, feels, looks and sounds like. Be as specific as you can be.

For this exercise the actor imagines that they are talking on a phone with a friend and watching a tv show.  The actor is describing to their friend on the phone what is happening on the tv show.  The catch, is that the TV show they are describing is their trigger memory.  By telling the story out loud and dramatically, it helps bring the stakes up and heighten emotions.

This is an exercise where the actor literally reenacts the memory.  The actor will improvise and perform the memory as though it is happening all over again.

Step 1. Start from a neutral place emotionally.  Clear your mind and relax your body.

Step 2.  Put your hands over your heart and begin to intensify your breathing.

Step 4. Summon up the ‘trigger memory’ and imagine as though it is happening right in front of you, but you can’t do anything to stop it.

Step 5. Allow yourself to be emotionally invested and feel whatever emotions come up.

Hopefully these tips and tricks will help you nail your next dramatic acting scene and punctuate it with some tears! Break a leg!