One of the most exciting things that the human voice can do is perform long, melismatic passages. While many instruments have the ability to play melismas, there is something uniquely powerful and exciting about the melismatic ability of the human voice. Let’s explore together what melismatic singing is and how we can best practice and perform it! 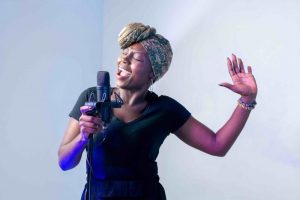 In singing, the term melisma refers to a passage of music that has a group of notes that are sung with just one syllable of text. This is the opposite of syllabic singing, which is singing one note per syllable.

An informal way to describe a melisma is simply a “vocal run.” Sometimes classical musicians call this “coloratura,” which is an Italian term that describes a melody with runs, trills, wide leaps, and fast passages.

Melismatic singing was really designed originally in music history to provide vocal embellishment. For some styles, it was created to portray different feelings in the music, such as a spiritual trance.

Melismatic singing is also commonly found in world music, including Gregorian chant, Arabic, Jewish, Orthodox, and Indian Ragas, just to name a few. As mentioned, almost any genre will include some form of melismatic singing.

Melismatic singing can help characters or singers portray a wide range of emotions: depending on the tempo, it can express sadness, fear, happiness, and nervousness, just to name a few.

Let’s see it in context:

Here is an example of a syllabic passage from an article by the Empirical Musicology Review:

Here is an example of a melismatic passage in Handel’s Messiah from an article at the Houston Symphony. Notice how the passage has multiple notes for just one syllable of text.

Melismatic singing can be seen in multiple different genres, including:

How can I practice melismatic phrases?

Melismatic passages tend to require more practice time than long, connected passages. There are a few tips that can help you when practicing these difficult passages:

Where can I find resources for vocal exercises?

To work on increasing vocal flexibility and being able to more easily sing melismatic vocal passages, there are many different resources and vocal exercises.

The most popular among teachers is The Marchesi Method; this invaluable resource contains many exercises for building vocal strength and stamina for singers. For example, there are many exercises for blending vocal registers as well as scale exercises. Additionally, the book works on the singer’s breath and control.

Building your vocal control and breath support are two of the most important vocal techniques needed for melismatic singing. Here are a few exercises to help you build upon your skills:

Melismatic singing, as you have learned, is a really complex (but exciting and fun) topic. Remember to learn your music slowly… but have fun!