The web – accessed through a web browser and created to share information among people was originally made up of HTML (Hypertext Markup Language – used for structuring web pages) and CSS (Cascading Style Sheet – used to design and light up web pages). This approach and components (HTML and CSS) made web pages static, leaving them with no way of performing any further activities when retrieved by the web browser.

But as time went by, something strange and mysterious came along and played a vital role in today’s web. This strange-looking thing became a major breakthrough of the web and pioneered dynamic behaviors on web pages that we so much love to see. This thing made Web pages come alive and changed how the web will be perceived for decades to come.

How this came to existence and revolutionized the web will all be explained to you shortly but first, are you ready to unveil the mystery? Are you ready to know what it is?

How it all Started 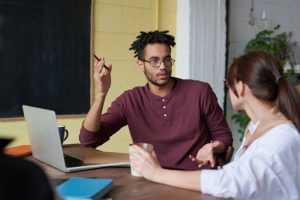 At the dawn of the web, web pages were designed to be very simple, basic, and in turn – static, lacking the capability for dynamic behavior after being loaded in a browser. The same goes for web browsers. They acted as ‘not-too-smart’ consoles that could not perform any additional functionalities other than retrieving web pages and displaying them. This all changed when the revolutionary JavaScript joined the game.

This programming language was originally developed for Netscape – one of the earliest Internet browsers and the programming language first appeared in 1995. As a dynamic and ever-growing company itself, Netscape communications had the vision of making the web more dynamic and after realizing the limitations of the browsers at that time, became fueled with a burning desire to remove such limitations and Brendan Eich was given the honors of creating the revolutionary language called JavaScript (originally called LiveScript).

Soon enough, all major web browsers began integrating JavaScript engine – an engine that executes these  codes on the user’s device into their browsers.

When JavaScript was created, It was originally called LiveScript. But Java was the predominant programming language at that time, so it was tactically decided to associate LiveScript with something already existing and popular and since Java fit into that criteria, LiveScript was renamed JavaScript to help boost the language’s popularity.

Java and JavaScript have nothing really in common except for their syntax which were both derived from the c language and their names of course!

It is arguably one of the most important programming languages today and one of the core technologies and anchors of the World Wide Web. With the introduction of JavaScript, It became possible to do things that could not be done before such as having a popup box, hovering over an image, file upload, and interactive maps (such as google’s).

It is an object-oriented, high-level programming language used to make web pages interactive e.g having complex animations on web pages and the displaying of three dots whenever someone is typing a message on Twitter.

JavaScript is cross-platform (meaning, it can work on any platform) and has become an essential part of web applications. Basic HTML consists mostly of text and images but JavaScript gives life to them and makes them interactive. So when you notice a web page doing something out of the ordinary, you should know that the webpage is using JavaScript.

What Can JavaScript do? 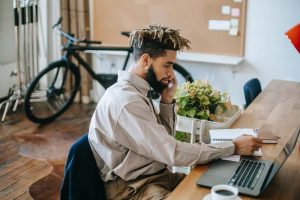 JavaScript was initially built for the web but as it evolved, It became useful for other things. Below are some of the things JavaScript is used for.

Fact: The JavaScript language was put together in 10 days.

Why Use This Programming Language?

The applications are endless and the role it plays in today’s web technology is outstanding. Having a programming logic was all that was needed to push the web to the next phase and JavaScript was there to save the day.

Now that the mystery has been solved, and the truth revealed, do not hesitate to schedule a lesson with a tutor on this platform and start learning this awesome technology.