So Joe has been playing games all his life and he is crazed and amazed at how these things work. He wonders every day how it is possible to create these stunning visual effects and nearly human-like characters that he can control with the click of a button from his gamepad.

Fed up with feeling perplexed, he finally decides to check out the magic behind all these things. Reading through an article on a popular blog, he discovered that he needs to learn how to code to create those wonderful effects. Navigating over to Youtube, he watches a video that talks about how important programming is and how he can use it to build amazing applications like games and websites.

Now, he is confused as to which one he should learn – Coding or Programming? Without the answer to this question, he can not move on with his plan. So what is the difference anyway?

You don’t have to play games like Joe to encounter this question. This is a digital era, and so, at a point in time, you might have heard or seen the terms used as a substitute for each other. Joe is not the only confused as this has been a debate for several years amongst professionals as well as newbies in the tech industry.

Coding and Programming may seem the same thing on the surface, but they differ slightly at the core. This article is dedicated to shedding light on the difference between coding and programming and hopefully, help Joe get started creating games. 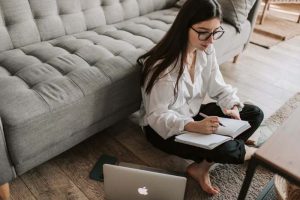 Computers speak in binary (1s and 0s) while humans speak in natural languages such as English. Since computers are not smart enough understand human languages, humans had to come up with a way to speak with computers and ended up inventing programming languages (there are lots of them!).

Coding can also be said to be a way of solving simple problems that do not require a lot of planning and resources.

Programming is the process of developing, testing, and maintaining functional software programs. It involves creating complex programs that computers can read and parse successfully without any error, and execute instructions exactly as they were instructed to do.

Programming is sometimes called Software Development because it is all about overseeing the life cycle of software from birth (when it was created) through maintenance or upgrade to death (where it has been concluded that the software is no longer useful).

Programming is what makes it possible to create such a beautiful website like this one, the operating system that runs on your computer, and the AI that powers self-driving cars.

A person who programs is called a programmer and his or her job involves thinking up instructions to give to a machine, coding those instructions, testing to see if those instructions were correctly interpreted, and maintaining and upgrading the program when the need arises.

Joe has finally decided on what he wants to do and is currently taking lessons here at TakeLessons. If you ever want to try out coding/programming, there are lots of experts at TakeLessons ready to tutor you.