Good monologues are hard to find. They are even harder to find when we are talking about film. Film is a very fast moving medium. We, as an audience, have been trained to expect to see something new every few seconds. Live theatre, however, has enjoyed a long and enriching relationship with the sustained attention of the monologue. Here, we are just going to focus on movie monologues for men, and how they help the actor hone their skills. 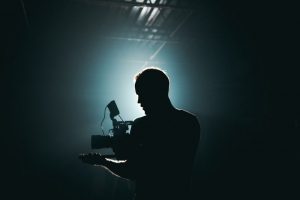 First, we need to define the thing we are looking at. A monologue is when one character speaks for a prolonged period of time. It doesn’t matter who is in the scene with the character. They just have to speak, uninterrupted, for about 30 seconds or more. Film will be separate from Television because the way the two are written is very different.

Call Me By Your Name

The first monologue we are going to look at comes to us from James Ivory. His screenplay of Call Me By Your Name, based on the book by André Aciman, has a moment where a father, Samuel, is helping his son, Emilio, deal with a broken heart. This is a great piece to work on being open to your scene partner. There is a lot of back story and subtext that makes this piece pop. The hard part is communicating that past without talking about it. It is a very sly bit of writing. At first glance, the piece seems to be about Emilio, but it isn’t. This piece is Samuel sharing a bit of his painful personal journey.

In a rehearsal setting, the first thing, after learning the words, would be to create the moment before. What prompted Samuel to say these things? Yes, you could just go watch the film, but this is training. Watching the film would defeat the purpose. We are working on creating vibrant and living characters from nothing more than our skills and the words on the page. Don’t watch other actors at first. Stretch, create, grow, be an actor.

Our next monologue is from the 2015 film Dope written by Rick Famuyiwa. This piece is Malcolm’s Harvard entrance essay. Here the actor needs to be unabashedly bold. The backstory here is only important that it gives the actor a reason to be confident. It is important to make the distinction between confidence and bravado. Confidence is earned, bravado is created. Malcolm is confident. This piece works on how to command the screen. This moment can be deceptively funny. It has to be sold correctly.

Our next piece is a classic movie monologue brought to us by Ben Affleck and Matt Damon. In this Monologue from Good Will Hunting Sean reminds Will the difference between facts and life. This piece is a great tool to work on subtlety. Here, the backstory is anger and hurt, but that is not where the monologue comes from. The words come from a place of tough love.

The hard part here is communicating the love, even though you have been hurt. It is a fine distinction, but a necessary one. That kind of fine tuning changes the flavor of the entire piece and can cloud the relationship for the audience. Again, I am going to urge you not to study Robin Williams’ performance. It is masterful, but this is about your growth. You can’t grow if you rely on masters to do most of the work for you.

I know that I said that there would be no scripts here that were once plays. Glengarry Glen Ross is a bit different. The play and the screenplay were written by David Mamet, and a monologue by Mamet at all is a rare thing. The character Blake doesn’t appear in the play. Since he was, exclusively, added by Mamet for the film, I think it is a special case for inclusion.

This profanity-laden piece is about power. Here, you have to work on sheer animalistic power. Blake is lording his talent and success over the other men in the room. This is a man-hood measuring contest. The hard part comes when you are delivering this high energy piece without being able to move your feet. Most film auditions will frame you in camera and expect you to stay in frame. With this piece you will also have to control your volume. The natural instinct is to get loud and work the space, but you can’t. When you apply those constrictions to this monologue, working it becomes a lesson in emotional control. An actor in control of himself controls his audience.

Our last monologue is from 1979’s Apocalypse Now by Francis Ford Coppala, John Milius, and Micheal Herr. Here Krutz finds the beauty of evolution in the horrors of the Vietnam War. The hard part of this piece is finding the right flavor of beauty. This is not the psychopathic beauty in carnage or the symbolic beauty in death. Here we see a man who has understood that he can’t beat his enemies without using the same tactics as his enemies. He realizes that he has lost a bit of his soul but the end justifies the means. He believes he is in the right, even if no one else sees it. Getting in this headspace is a fantastic exercise for actors of any level.

This list is by no means comprehensive, if you have a piece that you want to work on, then do it and don’t let anyone stop you. This list is a jumping off point. These are chosen to be a bit uncomfortable, and to challenge your skills. Growth can only come through conflict. Find and live in these moments. It will be worth it.