The end of the game has come. You have successfully out-maneuvered and outfought your opponent, conquering large swaths of the chessboard, and approaching that triumphal moment when you will topple the opponent’s king and declare that he has fallen—in other words, a checkmate (recall that “checkmate” is an anglicization of “shah mat”, Persian for “the king is dead”)… 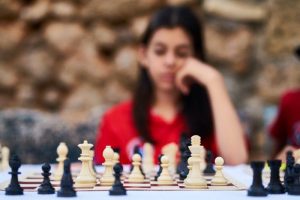 Only to realize that you don’t quite know how to finish the game, which inevitably results in a slapstick-esque cat and mouse game as you awkwardly chase your opponent around the board, hoping to back them into a corner.

I’m sure this fate has happened to you, the reader, many times. It happens to *me* occasionally, to tell you the truth. But, like any problem we face, in chess or in life, there are ways to solve it. And as such, here are 5 moves and strategies to cinch your endgame!

As with most things in life, more often than not you’re going to fall back on the fundamentals to win the game: A basketball player scores most of his points with lay-ups rather than dunks and three point shooting, a wrestler will inevitably resort to the double and single leg takedowns rather than some ridiculous flying takedown, and a masterful chess player must learn basic checkmates, of which there are 5: 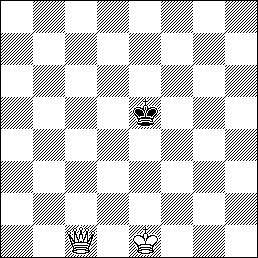 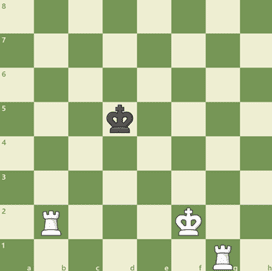 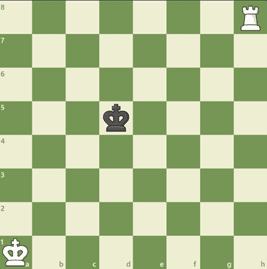 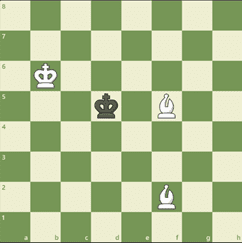 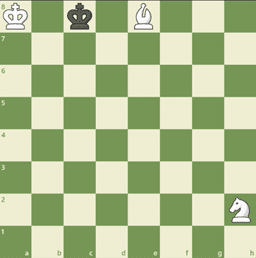 2) Simplify and keep an eye out

By “simplify”, I am of course referring to the somewhat oxymoronic practice of deliberately giving up your pieces to clear the board. IE: If you have the advantage (for example, if you had a king, two rooks, and a bunch of pawns), it is advantageous to give up some pawns to clear the board. Think of it like simplifying a fraction in math class—you CAN solve a complex fraction, just as you can checkmate with any combination of things, but why wouldn’t you make it simpler and easier for yourself? And naturally, you have to keep an eye out for situations in which simplification is an option.

A true master of the game recognizes when “middle game” ends and when the “end game” begins, and thus when it is time to bring out his king into the active field of play. Speaking in terms of general statistics, whenever both sides (or preferably just your opponent’s side) has lost their queen, you can begin bringing out your king into the field of play. As Nimzowitsch put it “In the early and middle game the king is an extra, but in the endgame he is a principal actor”.

Observe the example below of an activated king. 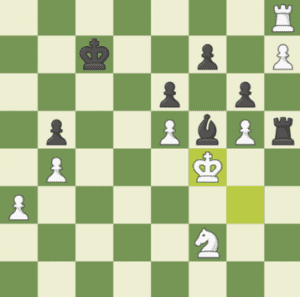 Both sides are roughly evenly matched, so the king is not out of the fire yet, but the board is cleared enough for the king to start being a major player.

In other words, use the pawns that have been mere blockers or a threat to other pieces in the end game, typically in a scheme to get a pawn to the end of the board and promote it to another piece.

Here is an example of a pawn in a position to be promoted and sacrificed to force the king into a corner.

5) “Backwards to forwards” Most people are under the impression that the end game requires less thought because there are so few pieces in the board—contrary to this, it often requires longer and deeper thought. Many GMs recommend thinking “backwards”, ie: thinking from the checkmate you want, and then constructing how you want to get to that point. Make a commitment to a long term endgame goal.

The endgame is never easy, but with these tips, you should be able to make your endgaming more successful.