Have you been wondering, “What’s the difference between ASL and BSL?” This is a great question, and deserves a little more background.

First of all, did you know that sign language is not universal? Just like there are numerous spoken languages (around 6,500) used across the globe, there are also many sign languages (somewhere between 138-300) used by various Deaf communities.

While there is no universal sign language and most countries have their own unique sign language, it is worth noting that there is something called International Sign, which is a collection of internationally accepted signs used during international meetings of Deaf people from around the world (e.g., Deaflympics, World Federation of the Deaf, Mister and Miss Deaf World).

International Sign relies on gestures, role playing, and a large signing space. It is also more comprehensible to Westerners than the African and Asian Deaf communities because it borrows more from Western sign languages. International Sign is not a full language, but it is a communication approach with a simplified and highly iconic lexicon that has been used successfully between signers who do not share the same sign language. 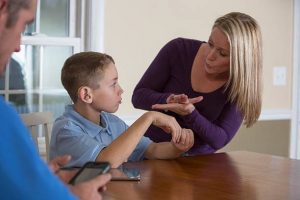 While sign languages have similarities to each other, it’s the differences that make them unique. Let’s focus on two sign languages that exist in English-speaking countries – ASL and BSL.

American Sign Language, commonly referred to as ASL, is a visual language used by the Deaf community primarily in the US and parts of Canada. ASL has its own syntax and rules of grammar, and, like other languages, changes over time and has common linguistic properties. ASL consists of facial expressions, signals, body movements, use of physical space, one-handed fingerspelling, and signing, which varies based on handshape, palm orientation, location, and movement.

Just as with spoken languages, there are regional dialects and “accents” within the ASL community. Just as with spoken languages, age, race, location, and gender contribute to variations in ASL. For example, Black American Sign Language, or BASL, is a variation of ASL used by the Black Deaf community, stemming from segregation. To learn more about BASL, watch Black ASL and Signing Black in America, or read the recent New York Times post Black, Deaf and Extremely Online. 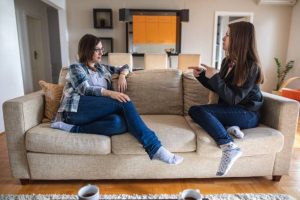 Just like ASL, British Sign Language, or BSL, is a visual language used by the Deaf community. BSL is used by nearly 90,000 deaf individuals in the UK (i.e., England, Scotland, Wales and Northern Ireland), and in over 150,000 homes when you include hearing users (e.g., relatives, interpreters). As with ASL, BSL also has regional dialects and variations, but unlike ASL, BSL uses two-handed fingerspelling. BSL is considered to be a dialect of BANZSL, or British, Australian, and New Zealand Sign Language. While Australian Sign Language (Auslan) and New Zealand Sign Language (NZSL) are different from BSL, they do share the same manual alphabet, grammar, and the majority of their lexicons. For more information on BSL, including a chart of the manual alphabet, visit the British Deaf Association.

ASL and BSL are Different Languages

ASL and BSL both have fundamental features of sign languages (e.g., use of classifiers, topic-comment syntax), but they are different languages. Their list of differences is long, with one obvious difference being the use of a one-handed manual alphabet in ASL and a two-handed manual alphabet in BSL. While there is significant overlap in vocabulary and similarity in signs, ASL and BSL are unrelated sign languages, completely separate and distinct, and cannot be understood by each other’s users. Even when languages adopt features or vocabulary from one another, they remain quite unique, as is the case with ASL and BSL.