A vocal synthesizer is easily defined as ‘an electronic instrument that generates and combines the basic elements of sound to produce simulated speech, typically used in computer systems.’

What is a vocal synthesizer? 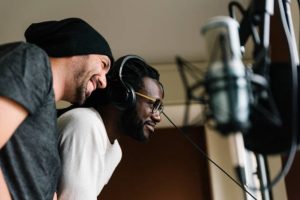 A synthesizer, in context, is an electronic musical instrument that uses audio signals to shape and modulate the sounds entered into the system. A synthesizer is usually played with keyboards, sequencers, software, or MIDI instruments. A vocal synthesizer just means that we are using the human voice as the instrument that is being synthesized.

The human voice is already the perfect instrument, but a synthesizer can change the function of the human voice and the instrument itself. The cool thing about using a vocal synthesizer is that the sky’s the limit in terms of possibilities… you can use your voice in so many different ways! Each of our voices has a different timbre and tone, but processing your voice electronically will take that uniqueness to a whole new function.

How does a vocal synthesizer work?

A synthesizer is actually pretty simple in function: first, a tone is generated, and then the tone can be controlled. Then, effects are added and adjusted as needed and desired.

What genres is it typically used for?

Synthesizers were initially seen as being very avant-garde and experimental, so at first, the synthesizer was not used as widespread as it is today. In the modern world, synthesizers are used in all genres, even in classical music. Due to the wide accessibility of technology, especially in the 21st-century, the software is now more obtainable than ever.

The genres that commonly use synthesizers are typically:

How is the synthesizer used? 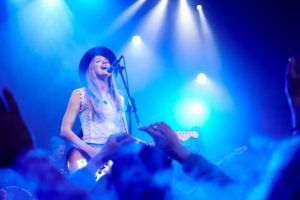 In many ways, the vocal synthesizer adjusts the function of the human voice and adds to the ensemble much more than just the acoustic voice alone. In other words, the voice is a part of the overall product, not just a separate overlay on top of the instrumental background. Typically, singers are seen as their own piece of the puzzle and the main focus of the songs. With this amendment of the human voice and giving it even more of an instrumental role, we are able to create a tight-knit group or band, which can make the music even more important and adds to the integrity of the music.

Throughout the years, there have been many developments in the use of vocal synthesizer’s. Here are a few fun facts:

Tips for singing with a synthesizer:

Adapting your singing for a synthesizer does not need to be difficult, especially if you are already singing with a microphone. Here are some tips to get started:

If you are still interested in learning more, here is a great article that can show you multiple genres of synth music. Get inspired and have fun!