Latin, even though it is considered a dead language now, certainly has made a huge impact on Western European languages and culture. The Romance languages, among which you will find French and Spanish, continue to be used all over the world and taught in foreign language classrooms. But, just how similar are some of these supposedly related languages, you might wonder? And which differences are more important when considering whether to learn Spanish vs French?

1. As mentioned, the origins of the two languages 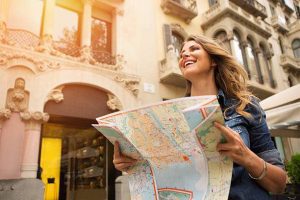 Latin was the language spoken in the Roman Empire, which expanded from Italy to cover an impressive amount of territory. The Romance languages that we know well nowadays were formed from the mixture of the languages indigenous to the conquered regions with the vulgar Latin spoken by the Romans occupying that land. These derivations of vulgar Latin began appearing with the fall of the Roman Empire, with Spanish and French emerging by the ninth century.

The French region was previously occupied by the Gauls, whose language mixed with vulgar Latin to form French, while what we recognize as Castilian Spanish now originated in the Castilla-La Mancha region of Spain, as different Iberian languages were spoken throughout Spain at that time. These languages now have a significant international presence because of the long reach of European colonization that occurred much later on, reaching the Americas and Africa, and staying there.

2. The shared lexicon and alphabet

Because of their common vulgar Latin roots, these two languages share a lot of the same roots for their words. About 85% of the Spanish and French lexicons share similarities, at least in writing. However, speaking and listening comprehension are two separate challenges.

Each Romance language has marked pronunciation rules, but French could arguably be the most different and the most difficult to pronounce out of them all. Thus, you will not observe much success when French and Spanish speakers attempt to talk to each other, unlike Spanish and Italian, which is pretty nicely mutually intelligible.

Another similarity is the 26-letter alphabet that both languages use. However, there are variations even here! French also uses the cedilla (ç) additionally, and Spanish has the ñ, ll, and rr. Each one of these three are sounds incorporated into the Spanish language – ñ sounds like “n+y”, ll = “y” and rr is that challenging Spanish “rolled r”.

As much as the “rr” sound is difficult to achieve, it is commonly thought that the French guttural “r” and pronunciation is even more challenging to master. However, on a positive note, despite these languages not being mutually intelligible in spoken conversation, learning to read or write one after learning the other is actually not as difficult, thanks to the lexical and alphabetical similarities.

3. Grammar brings us together and keeps us apart 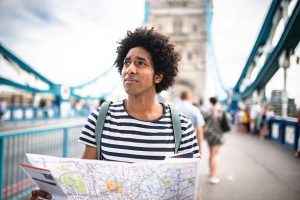 There are some aspects of French and Spanish grammar that highlight the similarities between these two languages. For example, both languages have a formal and informal tense, depending on to whom you are speaking or writing. Both languages also use gendered nouns, so pay attention when learning the accompanying gendered pronouns to keep everything consistent! French and Spanish both have two verb tenses for the past tense as well, the preterite and the imperfect. The timing reflected in the context will point to which one should be used.

However, there are some marked differences when closely examining Spanish vs French. For instance, Spanish does not require the constant inclusion of the subject pronoun in the sentence, while in French, you cannot leave it out. An example would be I like chocolate: J’aime le chocolat or (yo) Me gusta chocolate. The “Je” cannot be neglected, even though here it is included as a liaison, another aspect of French not shared with Spanish. Additionally, in Spanish conversation, you might not hear the subject pronouns because the verb conjugation will clue you in on the person or people being discussed. This is not the same in French, where many conjugations are written differently but pronounced the same.

French wins the prize in the Spanish vs French contest at being more complicated on both these points. It boasts 5 different types of accents that change the writing as well as the pronunciation, so pay close attention. Spanish only uses 2 of these accents, which makes it a bit easier to write. Both languages have pronunciation rules that hinge on the accents, so even though English speakers might not see the relevance, do not neglect them!

Speaking of pronunciation, Spanish is a language that is phonetic. It’s very convenient to learn in the sense that it is written the way it is spoken, which makes the process smoother. French very much does not share this convenience with Spanish. Spoken and written French look wildly different as French does not pronounce all the letters in a word. When working on perfecting French pronunciation, pay special attention to this discrepancy. Just because you know how to write a word does not mean you will be able to say it correctly aloud in conversation.

Romance Languages Are an Exciting Puzzle

Romance languages have always been a subject that has interested me greatly, largely in part because of the similarities and differences that make each one of them a fun puzzle. Spanish and French share enough similarities to make learning both of them entirely possible and very approachable, if you’re aiming for fluency in multiple languages.

When deciding which one to choose and weighing the differences between Spanish vs French, however, don’t choose based on perceived “difficulty”. Rather, think about which one makes more sense for your life. If you’re living in an area with a lot of Spanish speakers, you’ll have many chances to practice the language in real life. Or maybe your area is closer to a French-speaking region. Either way, both Spanish and French are spoken in over 20 countries, so think of all the new travels and people that await you when you learn either language!

Our experienced language instructors would be thrilled to help you begin your language learning journey today!