Considering doing an online performance, and wondering how to stage a virtual play? Of course, we’re all hoping to resume live performances as soon as possible, but it’s going to be a while before things open up completely. And while virtual theater isn’t the same as connecting with a live audience – but the good news is, there are some easy ways to make your performance as effective as possible!

It’s possible to combine the two in a hybrid – I just completed a readthrough of a musical I’m working on, where we had the actors do the dialogue in Zoom windows, in real time, but when we got to the musical numbers, we played pre-recorded videos, since it’s a brand-new piece and songs are harder to sight-read.

You might also choose the hybrid option if you want to include performers who aren’t available at the time of the performance, or if your show requires some technical effects that aren’t possible over Zoom.

Tips for virtual theater, in general 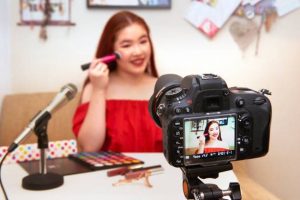 Unless you’re using a green screen and editing in some sort of set, each actor should film themselves in front of a neutral background, something simple and not too distracting. And in general, the most flattering camera angle is from just above the eyes (no one looks good filmed from under their nostrils).  Make sure your actors can minimize background noise, and give them clear direction over whether the orientation should be portrait (vertical, and how most phones film) or landscape (horizontal, or how most computers & video cameras film).

There are advantages to each, depending on how you’re putting things together, but landscape works better for Zoom.

Give your actors clear direction about how much of their bodies should be filmed, how loud they should be, and whether you want them looking at the camera. Ideally, the actors should film a rough draft for you to look at so you can give them feedback to make the final filming, or live zoom show, even more effective.

Without the audience’s energy, and without your fellow actors next to you, it’s easy to feel like you’re just in another Zoom meeting. But acting technique can come in handy – if you’ve ever had to play a role completely unlike yourself, or do a love scene with someone you really didn’t like, you might have used ‘substitution’, imagining another scenario you can relate to, or pretending your scene partner was someone else. Likewise, you can pretend the camera is your fellow actor, or the audience, or whatever you need to be able to commit to the emotion of the scene.

If your actors use props they would ordinarily hand to each other, you can mimic this by having duplicate props (in a ‘live’ show) or giving the prop to each actor when they film.   When the prop ‘moves’ from an actor’s hand in one window to the hand of the actor in the next, it’s surprisingly effective! 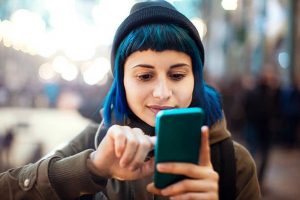 -Make sure the audience knows how to use Zoom and how to mute themselves. Or make sure you have a couple of co-hosts who can stay on top of the mute button (so a dramatic scene isn’t interrupted with a dog barking or someone yelling, “Say, what’s for dinner?”)

– A great way to make a zoom show feel more theatrical is to have everyone select ‘hide non-video participants’ in their zoom preferences. Then the audience will remain off camera and muted, and the actors will turn on their cameras and mics only when they enter a scene.  That way you won’t have a sea of faces, or blank boxes, cluttering up the screen. If only one person is performing, you can ‘spotlight’ their video, but that doesn’t work if you have more than one actor in the scene.

– You can still have an intermission – ideally prepare some sort of music/image to play while you encourage people to take a break. (But the good news is, there won’t be long lines at the lobby restrooms or snack bar!)

-Try to pair up a good editor with the director, so you ensure your video can look good AND serve the dramatic intent.

-If there is a scene with two or three people talking to each other, it looks much more like real dialogue if they are directed to ‘look’ at each other (plan this in advance – decide who’s stage left & stage right, have them direct their gaze slightly to the other side, and make sure the video edit reflects this. And if it’s appropriate, e.g., the Romeo & Juliet balcony scene, you can do top & bottom windows.

And most importantly –Zoom and virtual entertainment, are new, and technical glitches and challenges are going to come up. Just like we’ve all learned to be patient with virtual meetings and school, we can cut ourselves some slack as we get used to this very different way of presenting theater. But even in a pandemic, ‘the show must go on!’