Just What is Musicality, Anyway? 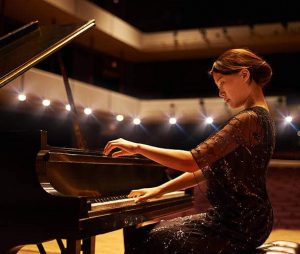 Musicality is defined in the Merriam-Webster Dictionary as “the quality of being musical.” What does that mean, though? Is there a method to defining what is musical versus what is not?

One can instinctively hear when a phrase sounds natural, beautiful, convincing –  musical – versus when it is not. Phrasing, much like public speaking, can be made more or less convincing depending on the manner with which you deliver a phrase.

We know the effect in a discourse of good delivery upon the minds of the listeners; we also know how poor delivery injures the most beautifully written discourse; and we know again that a discourse delivered with the very same words by two different persons will sound much better from one than from the other.

As a Performer, You Have the Power to Deliver the Message of the Music

As illustrated eloquently by Quantz in the above, the art of rhetoric, or the art of persuasion providing a structured approach to writing or speaking effectively, can be hindered or helped by the one delivering the oration. Similarly, the structure of music is composed of definable, objective elements which are used to communicate something abstract and whose message can be helped or hindered by the performer.

The balance of these musical elements, which we will define shortly, and to what end one uses them, are based on the “good taste” of the performer, as pedagogues from Quantz in his Versuch, C.P.E. Bach in his True Art of Playing Keyboard Instruments, and Leopold Mozart in his Treatise on the Fundamentals of Violin Playing, were at pains to remind us. 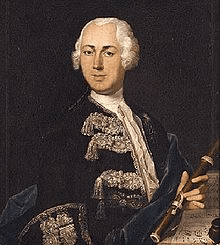 Portrait of Quantz by Gerhard

Music has a few, limited, definable musical elements: harmony, melody, and rhythm. Out of these arise an infinite number of permutations which lead to the “infinite variety of music” as Leonard Bernstein once noted.

The combination and interaction between two or more melodies can give rise to subtleties of counterpoint. The vertical combination of sonorities give rise to harmony which relates to tonality, phrase structure, form, and narrative, and rhythmic interest and drive add another element which can either work with or against any of the aforementioned elements to create texture, metrical hierarchy, motifs, or variety.

What is Unique About the Piece You Are Playing?

When looking at any piece, it is useful to define for oneself if any or all the above elements are used in an unusual or unique way. Where does the interest lie? Is there an unusual harmonic shift that foreshadows a scene change? Are there textural changes, and if so, what are they?

Are there rhythmic motifs or recognizable characteristics that immediately call forth certain associations? For example, like a fanfare, a French overture, a march, or a waltz? Or is the tension between two or more elements creating a dramatic conflict waiting to be resolved?

Finding the Ebb & Flow of Each Piece

Music has an ebb and flow, a push and pull, a sense of direction and orientation towards or away from a point. This sense of direction is possible due to how functional harmony and tonality work, as they are based, like the laws of nature, on the heightening and release of energy (or tension).

Dissonance and consonance work with each in much the same way. As a musician or player of any instrument, whether that be the violin, flute, piano, or voice, one’s task as a player is to recognize how and where these elements are coming into play.

For example, the opening of Schubert’s String Quintet D956 has a very distinct character, due to Schubert’s skillful use of texture, range, harmony, melody, tonality, and metric accentuation.

The first two measures are hard for a listener to define rhythmically, which creates a feeling of rhythmic limbo: the listener cannot tell yet what meter the piece is in. Is it 4/4? 2/4? 2/2?

All instruments are playing a whole note tied to another whole note. Harmonically, we hear a C major chord for two measures, which we assume is probably tonic, but there is no reassurance, for we do not hear any dominant or harmonic phrase structure reconfirming our assumptions. In fact, contrary to our assumptions, the third measure throws us off, adding harmonic disorientation to our metric anxiety.

A fully diminished seventh chord built on C suddenly enters in measure 3, which destroys our sense of orientation, for that is the most dissonant harmony one can have in a tonal context, and which cannot be built diatonically on the first scale degree.

So now the listener must wait for some explanation as to where Schubert is going, which he shows us through the first violin, by implying c minor. This is followed immediately by an almost pedantic melody and harmony closing on C major (measures 5-6), only to close merrily on a half cadence in measure 9.

One expects this half cadence to be a traditional close, but in addition to the odd-numbered phrase length (odd in both senses of the word), the unison Ds in the high strings literally provides the key to the following phrase, allowing it to hoist itself up one step to start the next phrase. 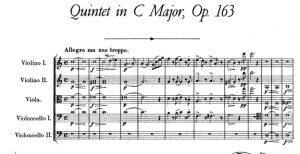 As you can see in the above example, this opening is full of abnormalities, both harmonically and rhythmically, which throw off the listeners’ sense of direction and provide the seeds for the drama about to unfold.

Understanding These Elements Will Help You Improve Your Musicality

Recognizing these various elements and discerning how the composer uses them and for what purpose can help you – the performer – to create the foundation necessary for an effective delivery that will delight the ear and move the listener.