Are you wondering how to improve your Spanish accent? Have you been learning Spanish, but find yourself unsure of your pronunciation, and even when you know what the proper pronunciation is, have a hard time making the correct sounds?

One of the hardest parts of learning a new language is improving your accent – and learning a Spanish accent is no different.

First of All, Working on Your Accent is Worthwhile

Native speakers are much more easily impressed by a foreigner with a good accent than by one with absolutely flawless Spanish grammar. So, working on your Spanish accent is a great idea, and will help you communicate (and win you some gold stars) when you’re speaking with native speakers.

Improving your accent while learning Spanish is not an easy task, but it’s definitely possible. Keeping in mind that you have to be realistic, it is complicated to get perfection, so be happy to improve as much as possible and don’t feel frustrated about that.

So, Let’s Get Down To It… Just How Do You Improve Your Spanish Language Accent? 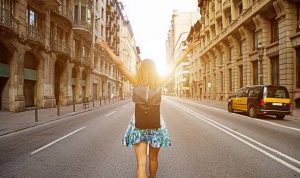 If you’re looking to improve your Spanish accent, simply follow the steps below, and you’ll be on your way to success.

1. What Kind of Spanish Do do You Want to Speak?

The first step to improve your accent is choosing one kind of Spanish from a region or country. Everybody knows the Spanish spoken in many countries; each country has a different accent, sounds, and local variations. This makes it so difficult or impossible to get a neutral accent. We can hear the difference between the Spanish speaking in Colombia, Venezuela, Guatemala, Cuba, Mexico, Spain, etc.

2. Improve the pronunciation of the vowels and consonants.

The correct pronunciation of the alphabet is mainly essential. However, to make it easy, we can start with just the five vowels. Each Spanish vowel has only one sound (making it easy to memorize the sound), which is different in English. Then you can start to learn the correct pronunciation of the consonants and blend your sound using vowels and consonants, and at the end, full words.

You can find many videos about the correct pronunciation of vowels and consonants on YouTube. You can also listen to music in Spanish, listen to the radio, watch TV programs, speak with native speakers, record your pronunciation, and then assess your progress, hire a tutor or teacher, etc.

Spanish pronunciation has several rules which help you know what syllable get the stress (or emphasis) in your words and sentences. One of the easiest to learn is the accent mark. That’s right! Some words have an accent mark, which is a little line above a vowel that let you know that syllable is stressed, for example, mamá, papá, simpático, etc.

One way to help you practice is finding a Spanish text that you also have a recording for. For example, you can use lyrics to a song, an audiobook that you also have a hard copy of, a listening exercise from a textbook, or even a play that you’ve got the script for. Without listening to the recording, underline the syllable in each word that gets the stress. Then, listen to the recording and check your answers.

The letter “r” in Spanish has two different sounds: the r suave, soft r, and the r fuerte, or strong r. “R” fuerte is one of the most challenging sounds for English speakers.

Some people can immediately pick it up, while others need to work a lot to get it. If you struggle with the rolled “r,” you’re not alone.

Here are some tips to help you:

Soften Your T’s and D’s.

In the Spanish language, the “t” and “d” sounds are softened than in English.

In Spanish, when making a “t” sound,  we press the tip of your tongue against the top of your front teeth. This produces a softer, gentler “t” sound.

In Spanish, the “d” sound is with your tongue barely touching the back of your top teeth. In this case, the result is a much softer sound, almost like the English “th” in the word “this.”

You can also search for a video about these sounds on YouTube that can help you.

In Spanish, the “z” makes the “s” sound in most Latin American countries. It makes the “th” sound like in “truth.” It is no equivalent sound to the English “z” in Spanish. English speakers often call the Spanish pronunciation a lisp. The real sounds of “s,” “c” and “z” are more sibilant, even if they have a little bit of a soft “th” to them.

Learn to Link Your Words 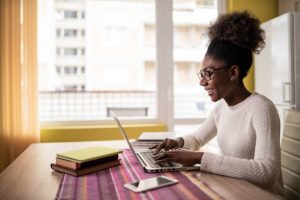 Native Spanish speakers always talk fast when listening to television, news, a movie, or in a normal conversation. The best you can do is find Spanish speaker people who like to have conversations, then join them to improve your Spanish pronunciation.

When you listen with much attention to native Spanish speakers, you can notice that some words blended.

Good luck, and have fun!