Don’t let anyone tell you otherwise: it is indeed possible to be a professional actor and turn acting into a career, even in today’s world.

Sure, well-meaning friends and family and the media may scoff at the idea – but they don’t have insider knowledge! When somebody says “I want to be a professional actor”, they don’t always have dreams of becoming a Hollywood or Broadway superstar. The truth is, you are a professional actor no matter where you are being paid to act!  Here are some potential career paths for you if you are an aspiring actor that is  open to the possibilities.

Real Ways YOU Can Start to Turn Acting Into a Career 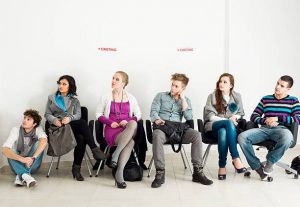 The first place that is often recruiting is educational theater. There are several companies across the United States that cater to school children, and that includes groups that put on musicals! Most of the shows tend to be originals and include themes meant for the young, such as anti-bullying, self-esteem, health, and history, to name a few!

The perk here is that you have steady work, including regular rehearsal and performance schedules. You will likely have summers off (and evenings!) to pursue other performance opportunities as well. You can stay informed about their openings for actors by looking at their website or by getting a subscription to a resource like Backstage.

Similar to educational theater, I know a few professional actors that have really enjoyed working in children’s theater. Rehearsal times may vary, but performances tend to be during the days on weekends, also allowing for you to pursue plenty of other acting opportunities as a professional actor.

There are many respected children’s theaters both large and small to investigate and audition for. Some regional theaters have their own children’s series separate from the main stage, and some actors that are “in” with a certain theater are active in both!

Be sure to remain aware of when opportunities are available by getting on their email lists or checking their website regularly.

You are also a professional actor if you pursue independent projects. Gone are the days when Hollywood reigns supreme! There are plenty of smaller television and film studios these days, and they are doing fairly well. There are even student films that occasionally have a modest stipend (hey, it’s still a paid gig!). You’re an independent artist, why not think outside the box and go to a call for a small film or internet show? You may get a call back..and a job! These opportunities tend to be found on resources like Backstage as well.

I know it may seem daunting if you want to pursue big opportunities, but many of the audition notices specify that you must be a union actor, such as a member of the Actors Equity Association, for example. Don’t worry about that for now. Many of the big shows still have open calls for non-Equity actors, so be sure to show up early so your chances increase of being seen!

There are also lots of really wonderful smaller regional theaters that do indeed pay and are not flooded with “union only” actors, you just have to search around for them! The good news is that after a few gigs under your belt, you can be on your way to being eligible for a union, if that interests you.

Speaking of regional theaters, this is a truly wonderful way to have steady work as a professional actor. This goes for both straight theater, and musical theater. Make sure you stay informed on when your regional auditions are; which is essentially an event where several of the respected professional theaters in your region of the country send artistic staff to see several actors to find talent for their upcoming seasons. This is an excellent opportunity for students about to graduate from their acting programs, too!

A perhaps unconventional way to be an actor is to pursue industrial shows (if you want to see what they look like, I highly recommend the amusing documentary “Bathtubs Over Broadway).

Many famous actors like their start there, including Martin Short! Big corporations such as Wal-mart seek acting talent to perform original shows for their big teams, and they actually pay very well.

Think Outside the Box

Other places that offer steady paychecks as an actor include small murder mystery type theaters, and theme parks. Some historical events and venues often seek actors to reenact the lives of famous historical people and events, too!

There are LOTS of Ways to Turn Acting Into a Career

I hope this blog article opened up your eyes to some opportunities that you may not have considered previously. Moral of the story: you do not have to be in a Netflix series or Lin-Manuel Miranda musical to be a professional actor. Are you getting a paycheck for your work? Then you’re a professional! And as you can see, you can earn those acting paychecks..and several of them..by trying out the unconventional sometimes! Best of luck in building your professional acting career.

If you’re looking for assistance turning acting into a career – don’t hesitate to turn to professional acting teachers who can also help you hone your craft.