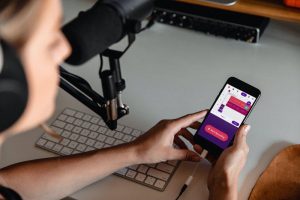 Like all genres of the performing arts, voice acting or – voice over work – as it is often referred to, is its own beast. There are actors who devote their entire careers to voice over work and teachers that exclusively teach the subject. If you’re looking for acting jobs, searching for voice acting auditions is a great way to enter the field.

Voice acting is unique because (as the name implies) one only uses the speaking voice to act, you do not see the performer. Actors who pursue careers as voice actors are some of the most talented chameleons out there; often gifted with the unique ability to morph their voices completely from one character to the next.

How Do You Get Into Voice Acting?

The best way to get into voice acting is to research the subject, start practicing, take a class, and find voice acting auditions. Many new voice actors begin by getting an agent. Many agencies have an entire voice acting department, and finding an agency can be a great way to get your foot in the door at larger voice over casting calls.

Do You Need Qualifications for Voice Acting?

Like any skill, experience and training can go a long way in preparing you to land that next big job. But having lots of experience shouldn’t preclude you from getting an agent, finding great voice acting auditions, and getting hired. There are online listings where you can find voice over work without finding an agent first, and this can be a great way to test the waters and see if voice work is your passion.

Can You Be a Voice Actor With No Experience?

Yes. You don’t need years of experience to be a voice actor. Although, taking a voice acting class is a great way to hone your skills, discover your unique voice type, and also get over some of the – inevitable – nerves that may come up during the voice over audition process.

What is a Voice Over?

Voice acting is a very broad subject, so let’s, first of all, establish: “what is voice over?” Many believe that the first true voice acting performance was in 1928 when Walt Disney voiced Mickey Mouse in “Steamboat Willie.”

However, technically speaking, in 1900, working for the United States Weather Bureau, Reginald Fessenden reported the weather — thus creating the very first voice over.  As technology advanced, voice acting became more common in animated cartoons and radio. Unfortunately, voice actors are often under-appreciated for their work— because unlike movie and TV stars, they are unrecognizable.

While it has grown into a wider spread career path over the years, it is still unknown by many people. Most voice over work is done by classically trained actors pursuing film, television, and theater careers.  They use voice over work to fill in the gaps between jobs. However, as I mentioned before, it is becoming more popular and recognized as a profession in its own right.

So, what is the literal definition of voice acting? Simply put, voice acting is the craft of performing voiceovers. In a voice over, the actor provides the voice for a professional piece of audio work. Some classic examples would be voice overs for gaming, cartoons, radio spots and commercials.

What Are Some Voice Over Job Opportunities?

So, How Do You Get Voice Acting Auditions & Jobs?

Now that you understand voice acting as a concept, you may be wondering how you break into this very niche industry. The key to starting out as a voice-over artist is to discover whether or not you have a voice that is suited to this work. You must have a specific knack for morphing and changing your voice according to the project, and you must be willing to be a behind the scenes artist.

Once you’ve got a grip on the kind of voice over work you’re interested in, you can begin searching for classes. That’s right; there are entire classes devoted to this kind of work. Getting into a good class is imperative for learning skills as specific as this one. Taking a class is essential to preparing for voice over casting calls and growing your career.

Voice over work and voice acting auditions can be hard to find, and this is why it is important for you to work with an agency that can help you find jobs.  Most big agencies have a voice over department. A great first step is to record yourself reading out loud to get a better understanding of your voice and the way you produce sound. After that, as I always say, jump into it!

Finding auditions can be difficult without an agent, but it can certainly be done. Take time looking through websites like castingnetworks.com, actorsaccess.com, and playbill.com. Often, these sites will post breakdowns for roles and productions that need to be cast.

Finally, post a ‘reel’ of your work on youtube and your website. By putting yourself out there, you will be more likely to gain traction in the industry (this goes for all areas of the arts!). 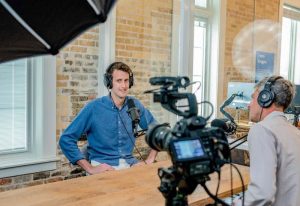 The First Step in Prepping for Voice Acting Auditions: Go For It!

Make sure that your resume, headshot, and website are all up to date and showcasing you in the best way possible. Shop yourself around to various agencies and see if anyone seems like a good fit for you. Remember, an agent/actor relationship is a symbiotic one, they work for you, just as you work for them, so it has to be a good fit.

All of that being said, do your research, do the work and go for it!