Popularized by famous singers such as Luciano Pavarotti and Andrea Bocelli, the tenor vocal range is much disputed but normally extends from C3 to C5 (also known as the “tenor C”).

This is subject to change, however, depending on the physiology of the singer and the demands of the genre in which they are singing. Another variation that is seen on the opera stage is called the “countertenor”. This is a voice type very similar to a standard tenor. But it extends all the way up into the typical alto range.

An Example of the Tenor Vocal Range:

Above is an example of where the tenor vocal range might fall when the notes are placed on a piano. Middle C is identifiable with the black dot.

Notation Used for Tenor Vocalists in a Choral Setting:

Above is what is called “the suboctave clef” or the notation system used in a choral setting for the tenor singer. It looks and acts like the normal treble (G) clef in terms of notation. However, it is sung the octave below, hence the name “suboctave”.

What’s the Origin of the Term “Tenor”?

In polyphonic music (music with more than one voice) seen throughout the 13th–16th century, the word “tenor” developed from the Latin word “tenere” or “to hold”. And it simply referred to the melody of any given song.

As the relationship between the melody and the harmony became more complex with time, the term “tenor” eventually evolved away from its original definition as the melodic line. It become what we recognize as the part found between alto and bass voices.

So, now that you have learned a bit about what makes a tenor a tenor, you might be wondering what kind of music can you sing if you think you might be one too? The answer is: plenty!

The following are just some highlights from dozens of songs that I personally love teaching. I have found these both challenging and rewarding for students. Make sure that when you are learning a new song to reach out to a teacher for guidance and support. This way, you can develop a healthy vocal technique!

A wonderful way to learn basic opera technique, this Italian art song features a beautiful melodic line that helps teach control and consistency of tone. Though it is not the fastest piece, it has large intervals that need to be carefully calculated. It also has an emotionally loaded theme that must be both passionate and engaged. And a rhythmic pattern that is comfortable for a beginning tenor.

While learning ‘Caro Mio Ben’, a young tenor can spend time honing in their craft and ensuring that they are practicing good technique. Some bigger, faster songs can allow issues to be overlooked or neglected, which can become bad habits down the road. Take your time!

Although some people will say it is pretty straightforward, ‘Nessun Dorma’ is still a rather heavy aria that demands a lot from the singer. Recommended for someone with some experience under their belt, ‘Nessun Dorma’ boasts a beautiful melodic line and a rich tone. But it also requires significant power.

For a newer learner, it might be better to go for a lighter aria that is more challenging technically. Or even art songs that focus on your coloratura (elaborate ornamentation of a vocal melody) rather than a song that needs the voice to cut through an entire orchestra. A successful performance of this song requires stamina and good airflow!

Although one of my personal favorites, I admit that ‘Superstition’ is not the easiest of jumping-off points. For people who want a little more support before diving into this song, do not hesitate look to ‘Hey Jude’ by the Beatles or ‘Hallelujah’ by Leonard Cohen. There, you’ll find something slightly softer and slower. But for those singers looking for a challenge with funk and rhythm, there’s no better song than this one.

‘Superstition’ can be sung in a multitude of ways. It opens itself up to be interpreted and reinterpreted at the whim of the artist. And for a little inspiration, Stevie Wonder has provided a great example of beautiful ornamentation. With the help of a teacher, the runs can be broken down and redesigned to suit your voice and expression.

Rock Advanced – ‘More Than a Feeling’ by Boston

A particularly challenging band to masterfully cover, Boston’s lead singer Brad Delp had an excellent vocal instrument that blossomed when he reached his upper register. One of the more prevalent issues that pop up while rehearsing ‘More Than a Feeling’ is straining to those higher notes, but once managed, opens up the doors to sing many other rock songs that also use belting.

I love the variation in emotion between the verses and the chorus, as the dynamics change massively between the sensitivity behind Brad Delp’s description of waking up and imagining the future, to his powerful, well-supported chorus. The key to success with this song is to commit completely to the “rockstar persona” and remember that any emotion that you feel onstage will be amplified to the audience. If you are a little nervous, the listener will notice, so it is best to lock into your confidence and let yourself shine!

Pop Beginner – ‘When I Was Your Man’ by Bruno Mars 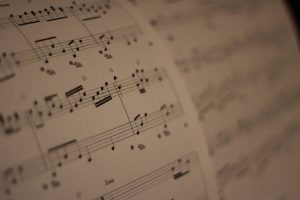 Super fun and sure to be a crowdpleaser, Bruno Mars regularly has cool content for pop-tenors. Along with powerhouses like Michael Jackson, Stevie Wonder, and Justin Timberlake, Mars possesses a clear voice that is helpful as a guide track, while also leaving plenty of room for a young singer to explore the limitless possibilities of their own voice! Quick tip: even though you might be familiar with this song, take it slow at first.

It is always best to make sure that you have a solid foundation of understanding before taking on the challenge of adding speed or any unique ornamentations to really make it your own.

This is a deceptively tricky piece. It sits consistently in a very high tenor vocal range while using both falsetto and high belting. Malik manages to get a really clean color and lock into neat transitions between all sections of his voice. The goal of this song would be to correctly navigate the amounts of air needed to properly support the sound. All while not straining to reach those higher notes in the chorus.

While moving towards the falsetto, make sure to think of a “yawning” space rather than collapsing in an effort. This will help you have a sound that feels more unified to the lower register. If there’s ever a sensation of what I call “bull-frogging” or a ballooning sensation in your neck, make sure to stop singing and give yourself a rest. There’s some tension that might end up exhausting you! Try learning how to sing all the notes and rhythms without the stress by first singing it the octave lower.