This article will go into exploring about–as the title says–most useful advanced computer skills.  To think about it, what does that really mean?  After all, it was not that long ago when our entire world and society never had an internet. If, like me, you were born in 1981, you had a childhood that was completely devoid of any internet. In fact, besides using calculators, the closest you had to any exposure to a computer was probably through Nintendo (or, sadly, Sega Genesis).

Today, computers are ubiquitous and accessible to almost any person living in any country, regardless of their wealth. Take a look at this graph from Wikipedia showing internet usage growth amongst populations. It has already been an impossible trend to ignore, hidden in plain sight. 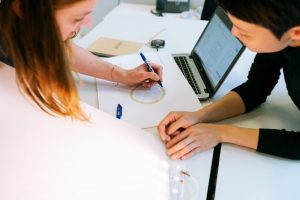 Everywhere you can see people glued to their phones, constantly checking feeds, for better or worse.  Instagram and facebook dominate social interaction and are present in so many people’s lives.  How many of us know of the friend who spends hours a week–perhaps in a single day — on facebook, instagram, or youTube?  There’s a good chance that maybe you. Tech giants like Apple, Google, and Facebook were not such a big deal in our lives 10-15 years ago, but have now undeniably impacted society and how it communicates. And now, during a pandemic, technology continues to become a more impactful manner of how we interact in the age of “social distancing.”

There are Benefits to Using Technology

Regardless of your own personal view on social media, one can see the benefits of using technology.  You are most likely reading this article on a screen, perhaps a small mobile one.  Once upon a time that screen would have been one of these, as I used to like to call them: “fat back” CRT monitors.

The author currently writes this on Google Word, or whatever it actually is called.  A Word doc on Google…?  (I thought they were competitors).  Who remembers the time when you needed Microsoft Word to use something called a word processor? If you were a little more tech savvy, perhaps you pirated a copy from a torrent website. Regardless, the convenience of using this technology, which Microsoft used to charge for is now offered anywhere you can connect to Google–for free (That beats Microsoft Office, which is still charging today. Arr, matey).

Where Is Your Place With Technology?

The reason I’m stating how technology is important, which might have some readers rolling theirs as painstakingly obvious, where does that leave you with your place with technology?  Have you ever thought about — to return to the premise of this article — what your most useful advanced computer skills are?

We already saw the immense influence of technology.  If you were born in the 80’s then you saw it grow, but if you happen to be in your 20’s, it was pretty much always there in your lifetime.  But what can you do with this power? Perhaps if you were interested in encyclopedias 20 years ago, you could have started Wikipedia by leveraging the technology. And if you think about it, a computer is nothing more than a lever. You can use it to empower your ideas, perhaps even a business idea, which can, at first, help you generate a little more cash, before becoming the potential, next big thing.

After all, we’re sorta already doing that by working from home. But the point being is … why not use technology to empower yourself?  You already are sitting on a business idea or at least a hobby you love. Or something you’ve been “meaning to get to”.  Can you figure out something that you are interested to leverage with tech, besides looking at cat memes all day? After all, by giving technology the respect it’s due, we can choose to interact with it on a higher playing field. 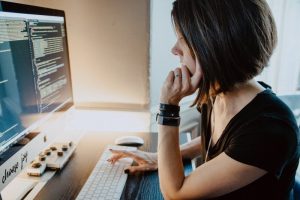 If you happen to be an association organizing bagpipe competitions (yes, there is such a thing) then you might have had to forego outdoor competitions because of the pandemic…or you could just simply bring your competitions onto an online platform like the EUSPBA did.

This was however no small feat and required everyone (including the competitors) to know how to coordinate using technology. Not to mention the competition event planners–who had to wing this event for the first time ever.  The effort was not in vain and competitors enrolled all over the world to keep the tradition alive thanks to hard work, passionate people, and technology.

You Can Take Technology to the Next Level

So get up and start taking technology to the next level.  It really can be about anything you want that interests you. But start thinking about it more and make a move.  What problems can you solve?  In an era when people have been challenged with an ever-changing, turbulent present, how can you use advanced computer skills to leverage your power?  As some ancient greek philosopher said a long time ago (thanks again, Wikipedia, for all you do)…Give me a lever long enough and I can move the world.  Go out and create content–don’t just be a spectator–be a creator.  Creators are a lot cooler than spectators….