When I was growing up, whenever I came to my parents with a problem, I could almost always expect their advice to begin with a refrán. That’s Spanish for a saying or proverb. And that is because refranes are a significant part of the Spanish language. 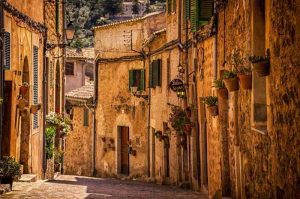 We use refranes often, and they bring insight, humor, and a sense of familiarity to the conversation. As a language learner, knowing popular sayings or proverbs in the language you are looking to master will put you ahead of the game. And it will increase your fluency and comprehension.

As a Spanish tutor, I love teaching popular Spanish expressions. That’s because I can’t think of another way of sounding more like a native speaker than casually uttering a Spanish idiom in the middle of a conversation and doing it just right.

Being able to use these Spanish quotes about life and quintessential expressions will mean that you have the ability to read the situation well enough to fit in a popular saying. You’ll be able to keep the conversation going, and watch your Spanish friend in awe of your fluency and wit.

Internalize the Meanings of These Spanish Phrases

Now, take my advice when I tell you, whatever you do, don’t try to memorize these by translating them. It just doesn’t work. Here, I will offer you rough translations to help you get the idea. But the best thing you can do is internalize their meaning and think about situations where these apply. Doing this will increase your competency in the language and will help you think more like a native.

I know that learning idioms can be challenging. They are often metaphorical and may have an unusual structure compared to everyday speech. However, idioms often contain clear imagery  that you can use to your advantage. Try creating a solid image in your mind of each of these expressions while thinking about specific situations where you could say them. And here is a bonus: learning these sayings will help you learn new vocabulary words that you can incorporate into your vocabulary repertoire.

So, here are 5 of my favorite Spanish quotes about life, and facing life circumstances (uh… 2020?). Because if you are going to be doing a lot of introspection for the last quarter of the year, you might as well learn some Spanish vocabulary along the way.

This idiom can be used with its literal meaning. That is, waking up early will put you ahead of those who don’t. The bank will be less crowded, you will be able to find that product that always sells out fast, etc.

However, the meaning of this expression also expands to express the idea that effort and hard work will always be compensated.

Which reminds me of another popular expression: No hay mal que dure cien años, ni cuerpo que lo resista (that one is for homework!)

Let’s break this one down: prevenir is Spanish for to prevent (not hard to remember!). And lamentar can be translated as to lament or to be sorry. And yes, you guessed it, it is our way of saying better safe than sorry. So tell me, in which situations do you think that it’s better prevenir que lamentar?

Find Ways To Use These Spanish Phrases in Real Life 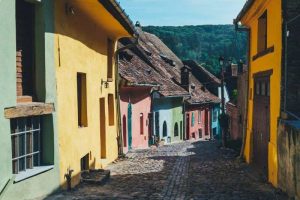 Want to never forget this? Here is a written exercise you can try to remember these Spanish quotes about life: Write a personal situation you can apply each of these to.

No need to write in Spanish. You can write in your native language and simply add the expressions in Spanish at the end. Finding a personal connection will help you remember these, probably forever. Or I should say, por siempre!