Do you dream of a career in Theater? Is the stage your “happy place”? Has “Actor” become your dream job description? If you answered “yes” to any of these questions, but don’t know what steps to take next to make your dream a reality, then you’ve come to the right place.

I’ve spent my entire life working with, and coaching, actors of all ages. If you’re interested in a career in theater, and don’t know where to start? Let me help. As a lifelong theater coach and drama teacher, I can share with you the strategies that have worked best for my students (many of whom have gone on to successful careers on Broadway and in Hollywood).

Of course, Broadway and Hollywood careers are not the only measure of success. So, let’s start with the basics of how to scratch your acting itch and take steps toward realizing your dreams of the spotlight.

“Luck Is What Happens When Preparation Meets Opportunity”-Seneca 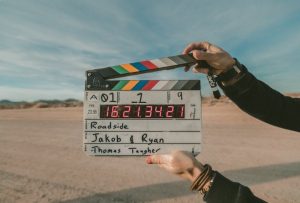 My acting professor in college told us this: “If you want to be an actor, be prepared,”

Being an actor is a tough business. In our current global situation, any career in the performing arts is a greater challenge than ever. However, actors can still take advantage of the opportunities to prepare themselves for future auditions, theater openings, and even some alternatives to traditional theater like Zoom performances.

While these tips were written specifically for actors, with a few subtle modifications they can be applied to any career in the theater: stage managing, directing, and the many roles in the technical theater.

What are your goals? Do you want to be an actor, or do you want to be famous? If you just want to be famous, fine—but accept that you’re in for a lot of heartache when rejection comes (and it will, just as it has for every successful actor that has ever lived). When you pursue acting (or any other craft) for the love of it, any opportunity to do it becomes an act of joy.

If fame or money are the primary motivators, any small setback can cause disappointment, anxiety, and resentment, and that’s not a good recipe for success.

No need to envy or emulate those performers who have a huge Insta or YouTube following. A social media presence is essential in any creative field these days, but rather than trying to become “TikTok Famous”, it’s a better use of your time to actually do the work and study the craft.

So, if you’re ready to get into acting, sit down with a piece of paper and define your goals. Don’t just focus on the external measures of success – like social media followings and the number of roles you’ve landed in big productions. Think about your internal goals as well; consider why you want to pursue acting… do you want to become more confident onstage? Do you want to get better at embodying a character?

And finally, be specific with your goals. Do you want to write and perform your own solo show? Want to open your own theater? The more specific you are, the more likely you’ll be to reach your goals.

Read plays, acting biographies, articles, and textbooks—READ. Learn what the pros do. Familiarize yourself with acting terminology. How did successful actors deal with rejection? How did they approach a challenging role?

If you haven’t already, check out the book, Audition by Michael Shurtleff. Shurtleff was a successful casting director for decades who witnessed the “big breaks” of heavyweights like Bette Midler and Robert Redford. It’s a timeless classic must-read for any aspiring actor.

Watch plays, movies, masterclasses, interviews—WATCH and LISTEN. Don’t limit yourself to films made in the last ten or fifteen years: watch TCM (if it’s available to you) and take in a black-and-white vintage gem.

Yes, the acting style was different in those days, but think of it as research. James Dean, in the late 1950’s, was as raw and vulnerable in his performances as any actor today. Look for documentaries on YouTube, PBS channel, and streaming services. Watch Inside the Actor’s Studio.

Expanding the material you’re taking in is a way of deepening your understanding of your craft.

Not in a show? You’re not alone. Find a monologue, and learn it. Develop a scene with a friend. Practice self-taping. Annotate a page of script, making notes in the margin about the character’s motivation or inner thoughts (subtext).

PRACTICE, and do it REGULARLY. What do musicians do between gigs? They PRACTICE, every day.

and create a group of supporters. Jerry Salz, the famous art critic, calls this a “coven”. You can find these folks through school groups, church groups, Facebook groups. This is not only essential for networking, it will be so important to keep you going when you become frustrated. Giving support to others not only helps them, but can also be a balm for your own challenges.

Get involved. Audition. Join a group. Write a script and shoot it on your phone with your friends or fellow actors (or your family!). Do the work. Don’t let fear get in the way. Henry Fonda, the celebrated Hollywood leading man and Broadway veteran, would throw up backstage before every performance through his entire career (right up into his 70’s). Didn’t stop him from getting on stage every night!

My college professor also said, “if you want to be an actor, please make sure that there’s absolutely nothing else you can possibly bare to do as a career.” I don’t think he was trying to discourage us, but rather let us know that it’s all or nothing. I was sold. If there was ever a vocation in which I was ready to go “all-in”, it was acting. If that sounds like you, welcome! Roll up your sleeves, warm up your voice, and let’s get to work!