Spending your vacation in Italy is amazing, both for the breathtaking landscapes and the opportunity to improve your Italian language skills.

When learning Italian through immersion, however, it’s necessary to know that even native speakers make some pronunciation and grammar mistakes.

Italians will often put together these two conjunctions in daily conversation, not realizing that they’re making a common repetition mistake.

When translated into English “Ma però” means “but however.” As you can see, this is a repetition of two words that have similar meanings, which makes the expression wrong.

When you want to introduce an adversative sentence, it is necessary to choose just one of the adversative conjunctions.

For example, “Volevo andare al mare ma sono restato a casa” (I wanted to go to the seaside, but I stayed home.)

This is another repetition mistake similar to the one above. Many Italian speakers are used to emphasizing the “Mi” by putting it together with “a me” to express the piacere construction.

For example, “A me mi piace il gelato” (I like the ice-cream). This sentence is grammatically incorrect, however, as “Mi” is an alternative way to say “A me.”

3. The usage of congiuntivo (subjunctive)

When traveling throughout Italy, it’s uncommon to hear the subjunctive while speaking with natives.

Rather, native speakers prefer to use the indicativo, even with sentences containing verbs that express doubts, wishes, beliefs and worries.

However, this is incorrect, as one should use the congiuntivo form when expressing such emotions.

Natives are used to putting the D eufonica (a Greek word for ‘Good Sound’) after the vowels ‘e’ or ‘a’ anytime they’re followed by a word that starts with a vowel.

For example, “Io vado ad Empoli” (I go to Empoli) is incorrect because the word “Empoli” does not begin with an ‘a.’

It’s only necessary to use the D eufonica when the ‘e’ and the ‘a’ are respectively followed by a word that starts with ‘e’ and ‘a’.

It’s important to keep in mind that “Gli” is a masculine pronoun and “Le” is a feminine pronoun.

Traveling to Italy is a great way to learn Italian. However, be aware of these common mistakes, so you don’t pick up any bad Italian grammar habits from the natives you meet. 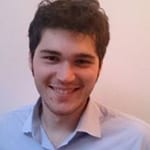