Summer is a perfect time for learning French, but it’s also a great time for letting loose! In this article, French teacher Seth N. takes you on a short tour of the top summer hits in France for 2015…

Still, the highest levels of mainstream success were reserved almost exclusively for native French artists, with a number of local acts either establishing or reaffirming their status as pop superstars in their home market. The following were the four biggest songs to come out of the French music industry from May through August 2015. Allow me to be your tour guide – let’s begin!

Despite being a far cry from the standard summer jam, the seductive deep house grooves of Nice-born Feder’s “Goodbye” nonetheless cast a major spell over French listeners during the latter half of summer. It held the number one spot on the French charts for a longer period of time (five weeks) than any other track across the May through August window.

This song’s heady combination of underground rhythms, Balkan-tinged strings, and luscious pop vocals allowed it to claim its crown as France’s unquestioned tube de l’été (French for “hit of the summer”). Listening to this type of music is a good way to practice your French listening skills.

For American audiences, this is a song that obviously needs no introduction. Still, it would be remiss of me to compile a list of this summer’s biggest French songs without including a track that not only tore up the legendary DJ’s home market of France, but also found international success with which Mr. Guetta has become familiar with over the last few years.

Fréro Delavega is a French duo made up of 25-year-old Jeremy Fréro and 28-year-old Flo Delavega. They first rose to prominence via their participation in the French reality show The Voice: La Plus Belle Voix.

“Le Chant des Sirènes” was the biggest hit to come from the pair’s self-titled 2014 debut album, and following the 2015 release of this remix from producer Sky Dancer, the new version of the track began its own climb up the charts.

Sky Dancer’s take on “Le Chant des Sirènes” combines the downbeat beauty of the original with a tastefully handled house beat and atmospheric synths that amplify the charms of the original song without transforming it.

One of the benefits of this approach is that the eloquent poetry of the original’s lyrics is left intact and accessible to the listener, allowing lines like, “Les années passent, l’écho s’évade sur la Dune du Pilat/ Au gré des saisons, des photomatons, je m’abandonne à ces lueurs d’autrefois” – or –

“The years pass, the echo escapes across the Dune of Pilat/At the mercy of the seasons, of photo booths, I give myself over to gleams of former times” – to add a tangible sense of place and longing to the track’s melancholic rhythms and melodies.

Be sure to take note of how the lyrics in this song are sung. Trying to get French pronunciation down can be difficult, but as always with anything new, keep practicing!

After first making a name for himself as a member of hip-hop group Sexion d’Assaut, Maître Gims embarked on a solo career in 2013 with the release of his hugely successful debut album Subliminal. “Est-ce que tu m’aimes?”, the first single to be released from forthcoming follow-up M.C.A.R., finds Maître Gims sliding right back into his hit-making ways without missing a beat.

The French MC’s West African heritage (Maître was born in Zaire but immigrated to France when he was only two years old) heavily influences the track.

It has bustling tribal drums underpinning a group of half-sung/half-rapped hooks that are almost guaranteed to have wormed their way into the most distant reaches of your eardrums, even if some of the lines themselves seem designed specifically to cause a bit of cringing.

For example, “J’étais prêt à graver ton image a l’encre noire sous mes paupières/ Afin de te voir même dans un sommeil éternel” – or – “I was ready to engrave your image in black ink under my eyelids/ So that I would be able to see you even in the midst of an eternal slumber.”

Most importantly, this song functions as a thrilling pouring-out-my-heart-and-soul power ballad. At the same time, it provides a small window into the great diversity of cultural experiences and aesthetic tendencies that are currently shaping the style and substance of 21st century French pop.

End of the Tour

That concludes our French summer music tour – I hope you had fun! It’s fun listening to songs when you don’t know the language. Although, learning French could make your listening experience all the better! Try listening to some contemporary French singers if you’d like more. I’ll see you at the next tour! 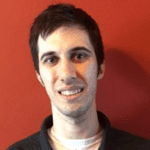 Post Author: Seth N.
Seth N. is fluent in French and teaches in Maylene, AL. He recently graduated from Yale University with a bachelor’s degree in East Asian Languages and Literature. Seth plans on returning to school this Fall to earn a law degree. Learn more about Seth here!