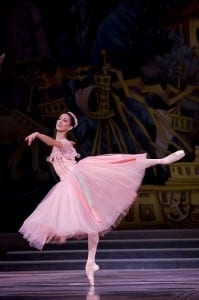 Every December, productions of The Nutcracker ballet add to the festivities and joy of the holiday season. You are probably already familiar with the story of a young girl who receives a magical nutcracker on Christmas Eve, but there are a few fun facts most people don’t know about The Nutcracker.

1. In Germany, there is a folklore tradition based on the idea that nutcrackers protect your family and bring your home good luck. For this reason, nutcrackers were often given to children at Christmastime.

3. When The Nutcracker was first performed in Russia in 1892, critics were not impressed and the future did not look bright for this ballet. In fact, it wasn’t until George Balanchine’s production of the ballet in 1954 that the show began to gain popularity. By the late 1960s, The Nutcracker established itself as the essential ballet of the holiday season. Balanchine’s choreography is the version most often performed to this day.

4. At the first performance of The Nutcracker, the roles of Clara and the Nutcracker Prince were played by children. In later professional productions, these roles were given to adult dancers.

5. Although Tchaikovsky’s score for The Nutcracker is one of the best known pieces of his music, he did not feel it was his best work. The composer apparently felt that his earlier composition, the ballet Sleeping Beauty, was far superior to The Nutcracker.

6. Tchaikovsky died less than a year after the original production of The Nutcracker, never knowing the impact his work would have on audiences around the world for decades to come.