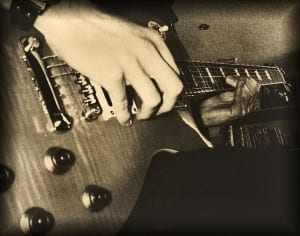 Do you love watching a guitarist rip into a great solo and wish you could dazzle audiences with your killer guitar skills? Learning how to play lead guitar that really sets an audience on fire is about so much more than playing really fast or using complicated techniques. Scottsdale guitar teacher David D. shares his secret to crafting a guitar solo the smart way!

Playing lead guitar, or soloing, consists of a lot more than just playing riffs and exhibiting one’s proficiency on the instrument. We’ve all heard the lead guitarist who is so fast, so good, and so famous playing and oh, it’s really impressive, but after a few minutes of it your mind has wandered off and you’re yawning because it’s also…  boring! The guitarist is fast, extremely proficient, very famous and…. boring. Why? What is the difference between this guitarist and the one you could (and perhaps do) listen to over and over?

The difference is structure. A smart lead guitarist plays to the audience instead of his or her ego! In order to get the audience’s attention, structure catches the listeners ear, much as the song’s melody or beat make the song palatable in the first place. By using a recognizable pattern, or structure, the guitarist says to the audience, “Here, latch on to this…   have you got it? Are you following what I’m doing?” And that is just the beginning. From there the pattern will deviate; what I call a Complimentary Pattern: still holding the same structure but now doing a variation. And the audience is thinking, “I know what he’s doing and I love it,” because they are able to recognize and follow the STRUCTURE!

Next comes one of two things: a Finish Pattern, which brings resolution to that segment of the solo, an ending if you will; or the guitarist at that point begins the same pattern and takes it somewhere else altogether! Surprise! You were following the structure, the variations… you were right with him and then WHOA – DIDN’T SEE THAT COMING! And then perhaps back in to the original pattern just to say “You’re fine – you’re still with me – isn’t this cool?”

We’ve not even touched on timing, balance, relevance to the music itself, tempo, key vs harmony orientation, or any of the “tools” you might use to create your solo, but as you can see there is a lot to consider. The key is STRUCTURE.

I’ll end with an analogy, that of learning to walk. At first thought it’s just put one foot forward, shift weight to it, other foot forward… repeat. But if you think about it, the way a person walks defines who they are, how they’re feeling, their intent, their attitude, their aptitude and even how they are thinking at the time. And so it is with soloing on the guitar; you are showing the audience how you think and feel, your intent and attitude, and even defining who you are within that song! Powerful? Yes. And it’s all up to you to give your playing much, much more than just “riffs and proficiency”! 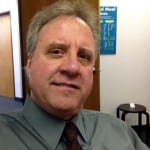 David D. teaches guitar, bass guitar and songwriting lessons in Scottsdale, AZ. He has been teaching guitar for over 40 years and he specializes in rock, folk, gospel and country styles. David joined the TakeLessons Team in May 2013. Learn more about David or search for a teacher near you!