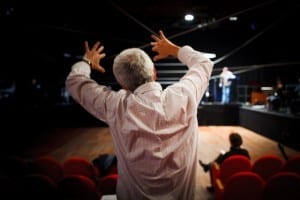 So you’ve finally done it! You wrote the lyrics, composed the music or built the beat. What happens to it next? More than likely, you’ll need to work with other people to really make your vision come to life. However, most people will add their own spin or style to your material. Should you compromise and see what happens or crack down to maintain creative control? Singing teacher Cindy S. shares her amazing story of creative achievement and how she learned to cope with compromise…

My life pivoted in the fall of 2011 when I went to Paris as an artist-in-residence to write an opera. I didn’t know what style I’d be writing in nor what the instrumentation would be; I just knew the subject matter would be the myth about Psyche and Eros.  I have a background in classical music, bel canto style singing, lots of choral work, and decades of work as a rock singer and writer. It was really up for grabs what was going to unfold stylistically.

But there was one thing that I knew for sure – unlike a lot of composers, I have a bit of a compositional advantage in that I can sing every part of the vocal range from bass up through soprano. This was a big help to me in the compositional process because I didn’t need to imagine what the pieces would sound like with every major role and choral piece, nor did I need to hire or beg other singers to come in to test drive my compositions. I could sing the whole thing, every part, by myself. [By the by — I can help you stretch your range too!!]

One of the trickiest things I had to contend with early on in the casting of our workshop of the opera was women coming in to sing the lead who didn’t sound like me. At first it wasn’t clear to me whether I thought they weren’t quite right to sing the part of Psyche because the vocal fit just wasn’t good, or whether it was because, alas, they just weren’t me. My Music Director helped me gain some objectivity, pointing out when he agreed that a voice just wasn’t the right one. The woman who did end up singing the role has an absolutely angelic voice – but one that has a powerful rock and roll bite that can be drawn out at appropriate moments. Her vocal flexibility and range were major factors in our decision to cast her as Psyche. Beyond that, she’s just a fantastic actress. But, perhaps most interestingly of all, she really sounds nothing like me.

There are a lot of singing styles incorporated into the work. I’m very much a believer in the flexibility of the human voice, and use mine in lots of different ways. Recently when my team mounted a sneak peek presentation of the work, it was time for me to hear other singers sing every single part that I had only heard myself sing on recordings for months. There were challenges in that.

I had certain ideas of how a line should be delivered emotionally, while the actor/singer had other ideas. I had certain demands about how I wanted the vocals to sound, for example sometimes demanding of the chorus that they use no vibrato. Now, these singers were phenomenal talents. All of them. Every last one. And it was a bit of a letting go process for me to have them tackle the material emotionally as whichever character they were playing, while still gently guiding them into the vocal style I wanted without crushing their creative interpretations.

It turned out that there was a lot of give and take among me, the Music Director and the singers. I was happy that I seemed to be able to loosen my grip on controlling the sound of every single note and let the actors take some liberties with the score, while at other times I was happy to impose my will on a piece so that it sounded the exact way I had intended it as the composer. What a great experience, and one which I’ll take into the future of the production. 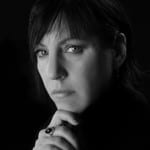 Cindy S. teaches music performance, music theory, opera voice and singing lessons in Sherman Oaks, CA. She specializes in performance coaching and microphone technique. Cindy has been teaching for 15 years and joined the TakeLessons Team in May 2013. Learn more about Cindy or search for a teacher near you!

You might also like…
–Is Writing Songs the Key to Finding Yourself?
–Playing Well With Others: How to Find People to Jam With
–The Surprising Networking Secret Every Musician Should Know