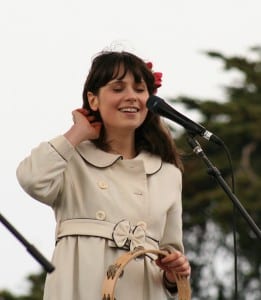 No matter how much you prepare for your moment in the spotlight, anything can happen on stage! This unpredictability makes performing lots of fun, but it can also be scary. However, if you prepare for your performance the right way, you can even forget the words to the song you’re singing and still deliver a top-notch performance. TakeLessons teacher Kayla T. went through the nightmare of forgotten lyrics and lived to tell about it…

It was a cold mid-February morning, in the year 2004 and I was thirteen years old. I had prepared to sing “Think of Me” from The Phantom of the Opera for a dance/vocal competition in Chicago, Illinois. As I was warming up, I remember practicing a certain phrase of the song (I would forget the order of the phrases, due to learning the song over a short period of time), telling myself I was not going to mess up on stage.

I practiced the song twice over and went through the order of the phrases in my head. I told myself, “You got this, Kayla.”  At 8:37 A.M.I took the stage; the audience was larger than I was expecting and the lights were very bright. I took a breath and began. I smoothly sailed through the first verse and as I approached the second, I told myself – “Don’t forget the words.”

And what did I do? I FORGOT THE WORDS! I knew I couldn’t just stand there, so I started to make up my own lyrics! I’m not sure if all of the words I used were even real words in any language. When I finally reached the chorus, I remembered the rest of the song. I got off stage and my mother ran over to me, knowing I had messed up. She had helped me a lot with the song (along with my private voice instructor) because she was also a vocalist and musician. She told me she thought I nailed everything except for the verse when I forgot the words. Before I took the stage, I had been hoping to receive a ‘Platinum’ rating and receive first place, but as the other vocalists took the stage, I felt less and less hopeful.

The time came for the award ceremony and I took the stage again with the other vocalists and dancers. As they ended the dance awards, I held my breath. The announcer said “The first place award, with a Platinum rating goes to…..Kayla”.  I was so happy! Looking back, I know that it was the music performance training I had along with the music theory and vocal instruction that saved my performance. Balancing music theory, good technique and performance strategy is the key to success! 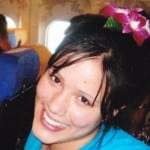 Kayla T. teaches singing, music performance and music theory lessons in Saint Louis, MO. She has been singing since she was 9 years old and she specializes in teaching all styles of singing. Kayla joined the TakeLessons team in May 2013. Learn more about Kayla, or search for a teacher near you!