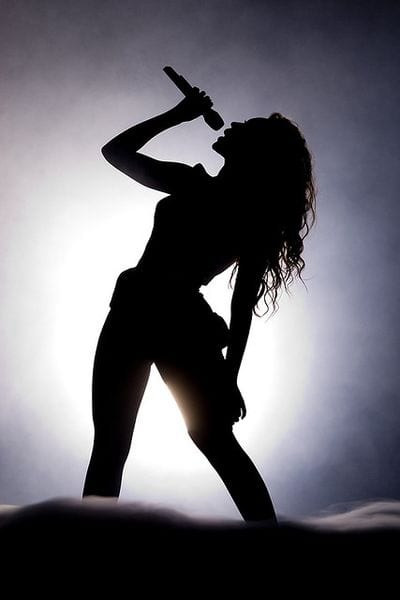 Beyonce has been the center of pop culture attention lately, following her Inauguration Day performance, and love-it-or-hate-it Super Bowl spectacle. The singer is often praised for her vocal range and powerful sound – but perhaps her most well-known stylistic specialty is her use of melisma – moving between several notes in succession to create a dramatic, “bluesy” effect. The technique is attributed to gospel and jazz music, but has become more mainstream as artists like the late Whitney Houston, Mariah Carey, Beyonce and Christina Aguilera have incorporated melisma into their style.

For many singers, however, it’s one of the hardest vocal techniques to master. In order for it to sound good, every single note needs to be on pitch, and often you’re running through these notes very quickly. In fact, NPR even ran an article back in 2007 about the misuse of the technique among many amateur singers. Most of these beginners simply mimick their favorite singer’s style, without having the proper training or know-how to do it right.

As you’re learning the technique, here are some things to keep in mind, as outlined by the Performance High blog:

1) Practice.
If you can do an embellishment pretty well and just a couple notes are not exactly on pitch, then slow it down and clean it up.  Gradually speed it back up until you can consistently do it cleanly at real tempo.

2) Simplify.
If you’re imitating a very complex run, simplify it.  Take out some of the notes so that you have fewer distinct pitches to hit accurately in the same time frame.  If the run moves both up and down in pitch, consider modifying it to run in only one direction to eliminate pitch “bounce.”

3) Don’t do it.
You don’t have to sing embellishments to be good.  Excessive use of melisma is a relatively new development in the whole history of music.  Plenty of artists do NOT use lots of embellishment.  Even Christina has songs that do not use much at all, such as “Hurt” and “Fighter”.