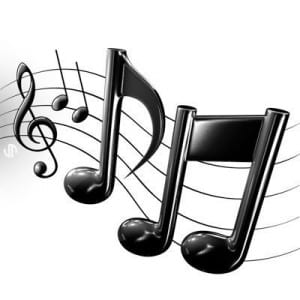 There are many different articles on the benefits of music education out there but we recently found one that had such a strong impact on us, we had to share it with all of you. Here at TakeLessons, we always speak about the power of music and have our own personal accounts on how music has helped us individually, but we found this story truly amazing. Thanks to Michael Shasberger, Adams Professor of Music and Worship, for producing this article with an inspiring story about the medical miracles of music therapy and the importance of music education on the development and socialization of human beings.

The following excerpt was taken from Westmont Magazine in an article titled “Better Minds Through Music” by Michael Shasberger.  You can read the entire article by clicking on the links following this excerpt.

In 2007, one of our violin students nearly died in a car accident and lay in a coma for several weeks. Doctors told the family there was little hope of recovery. He did regain consciousness, however, and while he had limited speech, he couldn’t form cogent thoughts or recognize simple objects. Case workers predicted months or years of therapy and doubted he’d recover his intellectual capabilities.

His violin professor visited him in the midst of these assessments. At the time, the student was doing tests that determined he couldn’t recognize or name simple objects such as a spoon. Then Dr. Phil Ficsor took out his violin and put it in the student’s hand. Perplexed, the student was unable to name the instrument and said he didn’t know what to do with it. Dr. Ficsor put the bow in his other hand and encouraged him to try. Moments later he was playing music from memory that he’d studied a few months earlier. Two months later he was back in school playing drums in the Chapel Band and violin in the orchestra and taking a full academic load. Music played a seemingly miraculous role in a recovery that exceeded the doctor’s wildest imagination. But it wasn’t miraculous. It was the result of violin studies this young man began at the age of 6. The musical resources of both his brain hemispheres were so strongly developed and linked that they could pull together when linguistic skills, which operate in only one lobe, couldn’t. His parents’ investment in musical studies —and the resources committed to his high school orchestra —made the difference. What happened to this student vividly illustrates the value of music education.