You’ve studied Stanislavski, Meisner, Adler, and Suzuki. You’ve learned the Circle of Fifths and mastered your second turns. But are you ready for the real world? Here are a few golden tidbits to help any recent grad transition from the acting school environment into the working world, written by actor and teacher Jasmine B.:

(But it doesn’t have to bring you down.)

Right around showcase time, students at acting colleges and conservatory programs start noticing a change in their classmates and maybe in themselves. The hunger for recognition that’s been staved off by four years of intense study has only ripened and sharpened over time, and intensifies the closer you get to whatever city in which your designated senior showcase takes place. Maybe this hunger doesn’t affect you; maybe it’s been there since the beginning. This hunger is the desire to “make it.”

This too often turns people against each other and makes us forget those who helped us along the way. They don’t tell you this in school, but I’m telling you now: KEEP YOUR HUNGER IN CHECK. Agents, casting directors, and other actors want to work with people who not only get the job done well, but who are joys to work with. A conniving, backstabbing, “hungry” actor is not a joy to work with. Use your hunger to be the best you that you can be. There is no need to drag others down to bring you up. It doesn’t work that way.

2. Everyone Knows Everyone, and You Never Know Who’s In Charge

(So be nice to that woman who signs you in, please.)

Here’s a story for you: I was auditioning for a musical at Ripley Grier, and a young man kept eyeing my headshot. I am a pretty private person, and living in New York gives you an edge that you wouldn’t believe. I didn’t want him in my business, but I had two options: to be nice or to be rude. Thank goodness I chose to be nice –turns out he was a director that worked frequently at that theater, and not only vouched for me in that audition, but called me in later that month to read for the leading role in his production of Shakespeare’s Twelfth Night.

(And I don’t mean it the way Beyonce means it.)

You’ll likely need business skills for your day job. Word Processing, Excel, Outlook, PowerPoint, answering phones, making appointments, et cetera. I currently serve as an administrative assistant in a facilities office and my business skills are constantly called on. I not only use them for my day job, but for marketing myself as well. I learned how to make my own website and business cards, and can save so much money by making that kind of thing a DIY project! Acting is a craft, but it’s also a business. Have a nice camera? Take headshots for other actors! Know a lot about taxes? Do your own taxes, and help out a few others. Yoga training? Get a few clients and you’ve got a paying gig. Use those skills!

4. You are Your Own Responsibility

(A teacher’s greatest achievement is to become unnecessary.)

Guess what? Your teachers are busy teaching students who are still in school. Now is the time for you to teach you. I would suggest finding a mentor, or keeping a close relationship with someone of authority that can help you with this transition. Reaching out to alumni is an excellent idea. Speak to someone who knows what you’re going through, and who can help you deal with the difference between life in acting school and life after school. This mentor is not responsible for making your schedule, ensuring that you get to work on time, paying your bills, or any of those grown-up things that you didn’t have to worry about in college. You are your own responsibility. If you have work/an audition/a callback/rehearsal/etc. on Monday morning, chances are that you don’t want to go out drinking Sunday night.

Find a warm up and ways to keep studying your craft beyond your degree. Take the initiative to enroll in master classes or even visit the school when you need to. Most importantly, take care of yourself. You only have one body and one life; it has to last you as long as you live. If someone or something is hazardous to your health, stand up for yourself. If you don’t look after yourself, no one else will.

(But it’s better than being a bad actor!)

I spent a good seven months on tour without the courage to do my warm up, and I suffered. It may have not been cool or hip, but it really wasn’t cool that I couldn’t do my job to the best of my ability. So do what you need to do to be ready for a show. Period. Surround yourself with people that understand that acting is a process and each person has a different one. Find people with acting warm ups you like and use those if you need to.

6. Auditioning is Your Full-Time Job

(Booking the gig is a vacation.)

An alum of the Juilliard Drama Division likes to say, “Auditioning is my full time job. When I book the gig, that’s my vacation.” She means that auditioning is something she’s dedicated to doing most days of the year, and that she’s a professional at it. She knows how to work a room. She also means that when she books a show, that’s maybe 1 out of 100 or more auditions she’s been on. It’s a vacation because she can then do what she wants to do: work on the character, the show, and be with the actors of an ensemble. I think she has a valid point.

7. It’s OK to be Concerned With Paying Your Bills!

8. The People Who Have Made It Have Been in the Game Longer Than You Think

If you think Breaking Bad was Bryan Cranston’s be-all end-all, take a look at his IMDb resume. That thing is extensive. He’s been in everything from Seinfeld to Power Rangers to voice-overs for cartoons. The man has paid his dues, and it has made him the actor he is today. Even young actors like Samira Wiley and Danielle Brooks, two Juilliard alum who currently star in the Netflix smash hit series Orange is the New Black paid their dues. Very few people “make it” straight out of the gate, and those who do should thank whomever or whatever they need to thank.

9. Almost Everyone Can Drive a Car

(So take it off your resume.)

No, they won’t hire you to drive one of the random cars toward the back in the next The Fast and The Furious. They will probably hire a stuntman, whose profession is to drive fast cars at dangerous speeds.

While you’re taking that off, also please remove anything similarly basic. That includes cartwheels, some ballet, beginning French, making coffee, or just for kicks, high kicks. They know, or they will know when they ask you to do it in the call back. And if they ask you to make coffee in the callback, either you’re doing the opening scene from A Raisin in the Sun or you just got hired to be the intern. Either way, enjoy!

10. It’s OK if You Don’t Stick With What You Wanted to Do When You Graduated

If you vowed to never do television in the hopes of reviving The Great White Way in the name of straight theater, but your path has led you to the likes of ABC, CBS, NBC, HBO, or anything related to the silver or small screen – great! You’re an actor. Do your thing.

If you vowed to be the next Anne Bogart, but somehow found yourself in the trenches of the Wall Street scene – wonderful! Life is a crazy, beautiful path that takes us where we didn’t expect to be. Embrace the change, and make that Wall Street money!

Don’t let anyone judge your choices – you are the master and commander of your ship. Sail on! 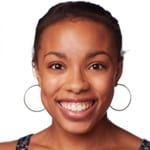