When you’re learning drums, you may not always feel motivated to practice. Here are 10 quotes from some of the world’s most famous drummers to inspire you to follow your dreams. 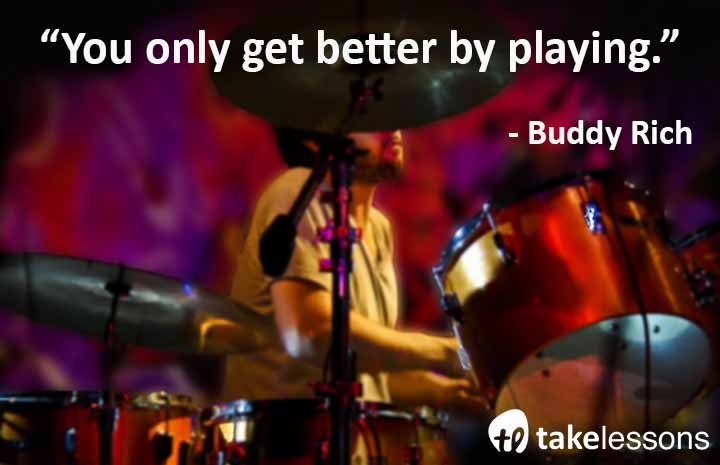 One of the most famous jazz drummers and dubbed the world’s greatest, Buddy Rich lived up to his words by skillfully playing until his death in 1987. He even kept drumming after bypass surgery. 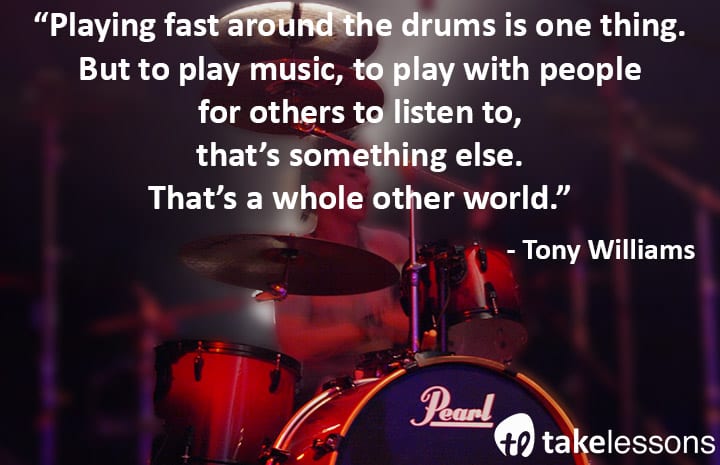 Tony Williams was one of the most important, influential, famous jazz drummers of the 1960s. Miles Davis said Williams was “…the center that the group’s sound revolved around.”

If you find yourself getting caught up in fast rhythms, remember these words to get back to your purpose; the music and your audience. 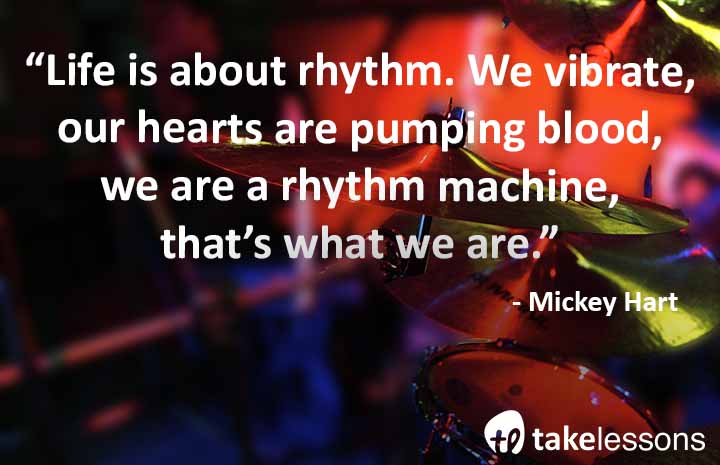 Mickey Hart is known for inspiring quotes about music’s influence on the heart, mind, and soul. Hart helps all musicians, not just drummers, remember the soul and spirit of music.

Hart’s visionary work links music not only with art and science, but with the role it plays in health, particularly in the mind. 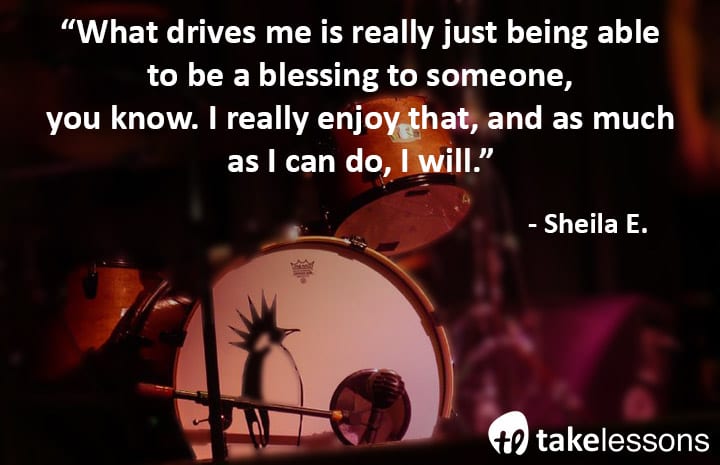 Sheila Escovedo ranks among the most famous drummers of funk music, and is considered to be one of the best female drummers ever. Playing with everyone from Marvin Gaye to Ringo Starr and Gloria Estefan, she has shared her gift of music with the world in her albums, which span a wide range of styles.

She also dedicates her time to a number of philanthropic organizations. She is co-founder and co-chair of the Elevate Hope Foundation, which provides music therapy to abused and abandoned children. 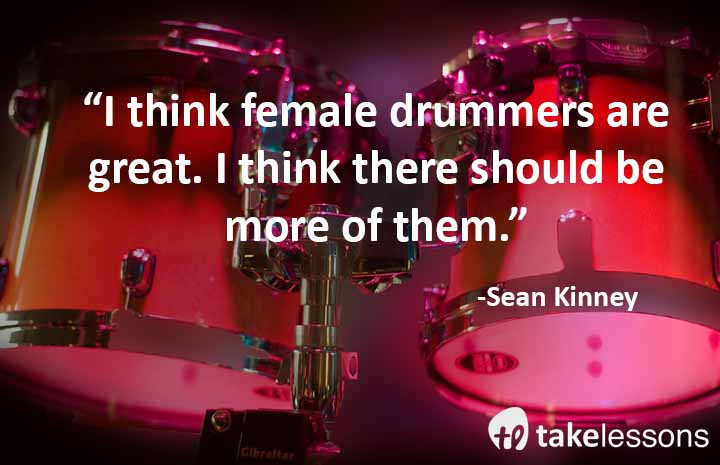 Alice in Chains’ Sean Kinney knew that great drumming skills weren’t reserved to those with a Y chromosome. Talented female drummers like Janet Weiss, Moe Tucker, Karen Carpenter, Sheila E., Georgia Hubley, and Sandy West have graced us with their talent on stage, and inspired many drummers to follow their dreams. 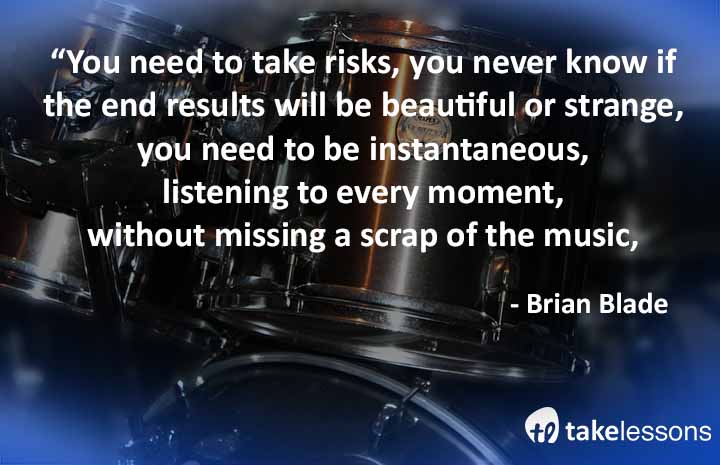 Brian Blade’s inspiring quotes point to music as a fellowship, and a way of promoting togetherness. To Blade, music exists beyond borders and promotes spirituality, sensitivity, honesty, and loyalty.

He encourages drummers to develop their musical instincts, and identify and connect with all the textures of the drums. 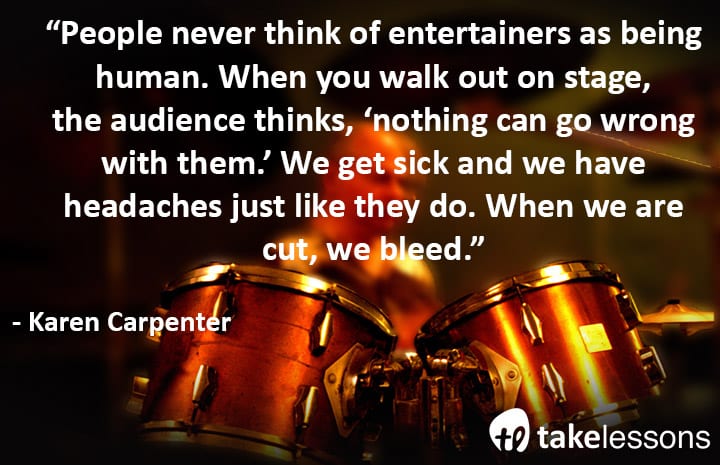 When you get discouraged, remember this  quote from Karen Carpenter. The drummer of the famous ’70s duo, The Carpenters, recognized that despite what the audience might think, musicians are only human. 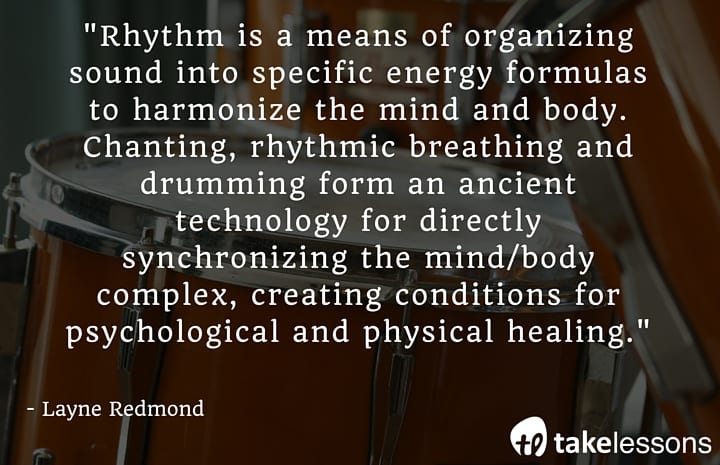 Layne Redmond may not have played with well-known bands, but she literally followed the beat of her own drum by playing small, hand-held frame drums from the ancient Mediterranean world.

Not just a percussionist, Redmond was a historian, writer, and teacher whose work focused on the healing and spiritual aspects of drumming and rhythm. 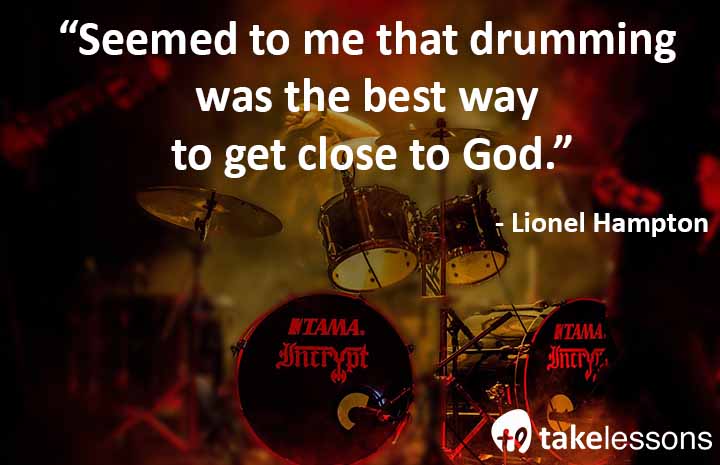 This famous jazz drummer continued to play well into his 90s. He served as goodwill ambassador for President Eisenhower. He earned a spot on the Board of the Kennedy Center by President Bush, and was awarded the National Medal of the Arts by President Clinton.

Hampton also designed programs with the University of Idaho to help teach and preserve the future of music for others. 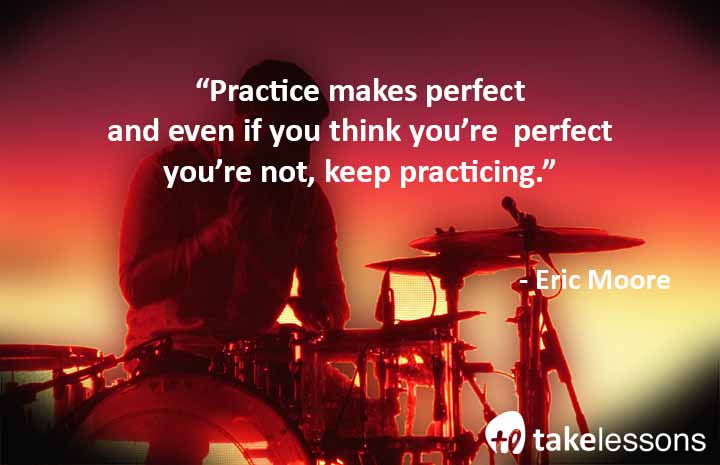 Eric Moore has performed with a variety of popular artists from Bobby Brown and Debarge, to his current band Suicidal Tendencies. Moore’s focus on exercising the gift of drumming through continued practice shows through his versatility, which ranges from punk and gospel to extreme metal and R&B.

From famous rock drummers to jazz drummers and everything in between, these drummers know their craft, so take note of these words of wisdom.

Hopefully, these quotes from famous drummers make you want to grab your drum sticks and start playing!

Want to take your drumming to the next level? Find a drum teacher near you.